A tourist filming wildlife within South Africa’s Shamwari Game Reserve recorded a lion intercepting a fleeing blesbok in mid-air. The... 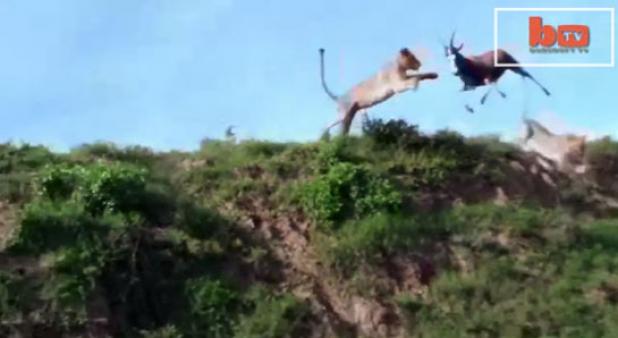 The footage, published by Barcroft TV on YouTube, shows two blesboks running up a small ridge, only to realize there are two female lions waiting in ambush. One of blesbok tries to change course and leaps off the top of the ridge.

In a bold attempt to the capture the fleeing antelope, a lion also jumps off the edge of the hill, grabs her meal in mid-air, and keeps a grip as both fall and collide with the ground.