Photo: The Guardian A website that empowers whistleblowers across the globe is off to a fast start in picking off... 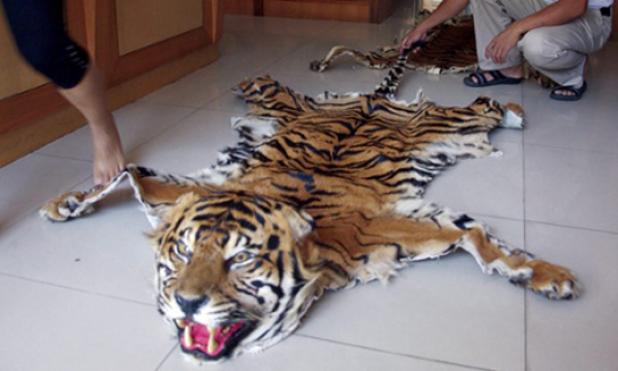 A website that empowers whistleblowers across the globe is off to a fast start in picking off leaders in international poaching rings.

WildLeaks, a site that provides anonymity for its users using Tor technology, brought in 24 serious tips from all over the world in its first three months. The project is headed off by Andrea Acosta, a conservationist and former security consultant.

Some of the tips Acosta and his team have received involve: elephant poaching, the killing of Sumatran tigers, illegal lion and leopard hunting in South Africa, chimpanzee trafficking in Liberia, illegal fishing activities in Alaska, importing of illegal African wildlife products into the United States, and illegal logging in several countries.

According to the WildLeaks website, its mission is to “prevent wildlife crimes and to facilitate the identification, arrest and prosecution of criminals, traffickers, businessmen and corrupt governmental officials behind the poaching of endangered species and the trafficking of wildlife and forest products such as ivory, rhino horn, big cats, apes, pangolins, birds and illegal timber.”

Crosta told The Guardian that an expert team of legal and security experts analyze each tip, determining whether to begin an investigation or share the information with trusted partners. The safety of each tipster is emphasized as the organization takes aim at an illegal wildlife trade that Interpol estimates is worth $10 billion to $20 billion a year. A team of journalists, lawyers, and security personnel back Crosta.

While the promise of anonymity and similarity in titles will draw comparisons to the controversial site WikiLeaks, Crosta is sure to mention that the two projects have differences.

“We’re not WikiLeaks. That’s something that should be emphasized,” Crosta told National Geographic. “There are two major differences. First, we’re not after state or military secrets. We don’t care about them. Second, the information we receive is not automatically leaked to the media. It’s evaluated and verified, and then we decide [what to do with it]–maybe to launch an investigation, maybe to share it with trusted contacts within law enforcement, or maybe leak it to the media.”