Photo: Indy Star The captive deer hunting industry has been targeted by six members of congress who say that the... 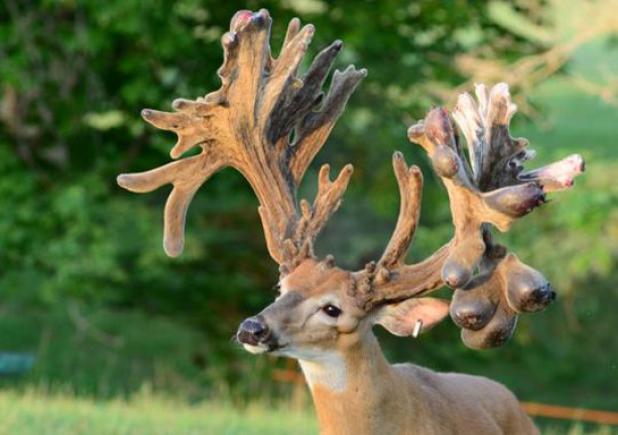 The captive deer hunting industry has been targeted by six members of congress who say that the interstate movement of deer results in the spread of disease to local livestock.

The group of U.S. representatives, led by U.S. Rep. Jim Moran, D-Virginia, sent a letter to U.S. Secretary of Agriculture Tom Vilsack and officials from the USDA Friday, stating that “captive-bred cervids … pose a serious threat to livestock and native wildlife and potentially endanger human health.”

The letter cited an investigation by the Indianapolis Star, which reported that bovine tuberculosis has been found on 50 captive deer and elk herds and that chronic wasting disease, a fatal deer disease, has been found in 22 states, something that The Star reports could be linked to the growing high-fence hunting industry.

The Star’s investigation investigation revealed that the 10,000 deer and elk farmers in the U.S. shipped animals across state lines to support the high-fence hunting industry.

Moran cites the Animal Health Protection Act in his letter, stating that the act justifies the termination of interstate deer trade. In the act, Congress directed the USDA to restrict “the movement in interstate commerce of any animal … if the Secretary determines that the prohibition or restriction is necessary to prevent … disease of livestock.”

The importation of certain captive deer species has been prohibited by 21 states. A spokeswoman for the USDA told The Star that it is reviewing the representatives’ request, but offered no further comment.