Full Flight Technology, the guys behind the Velocitip arrow ballistics system, just launched a Kickstarter campaign for their newest venture:... 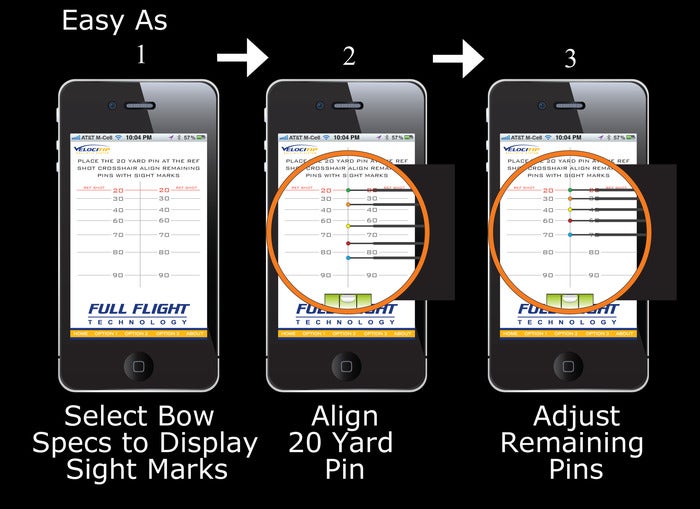 UNO will let multi-pin shooters dial their bow sight to multiple yardages while only shooting one distance. No need to shoot 20 yards, lock down that pin, then shoot at 30 yards, lock it down, then 40 yards, and on and on. UNO displays pin gaps on your iPhone screen, based on your bow’s specs, so after locking down one pin–say 20 yards–you can align your distance pins by holding the phone to the sight.

The system reminds me of an iPhone version of the Smart Pin Technology in several new Trophy Ridge sights, except with UNO you only shoot one distance. It’s a cool idea, and could help practicing bowhunters shoot further by establishing confidence in those long distance pins.

Check out Full Flight Technology’s Kickstarter page here. Rewards for contributing to the effort range from archery bumper stickers, to lessons, to a 2015 New England spring turkey hunt. The $70 pledge reward is especially neat: Full Flight will send you a Velocitip so you can shoot your rig, return the tip, and then they’ll provide detailed “ballistic” data on your bow. I’ve used the Velocitip on multiple gear tests. It’s bow-nerd-tastic.