Most people understand that large, carnivorous reptiles are not to be messed with. Last week, news broke from the land... 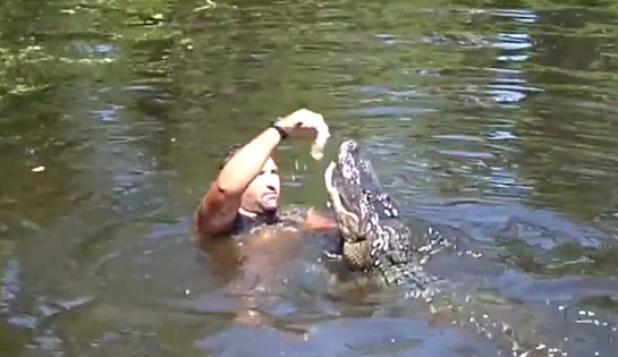 Most people understand that large, carnivorous reptiles are not to be messed with.

Last week, news broke from the land down under that a man was snatched from his boat by a crocodile. Apparently headlines like that don’t phase Louisiana swamp tour guide Lance LaCrosse, who can be seen teasing and feeding alligators in a YouTube video posted in May.

LaCrosse eventually takes a marshmallow and feeds it to one of the gators from his mouth.

“Every time I jump in the water I’m scared,” LaCrosse told ABC News. “I’m scared there is an alligator at the bottom I can’t see.”

The 29-year-old guide said that he keeps his hand underneath the gator’s mouth to keep it from biting him in the face.

But LaCrosse could be in hot water. Wildlife officials are looking over the video to determine if he broke any laws. Feeding alligators is prohibited in Jefferson Paris, where LaCrosse’s employer Airboat Adventures is located.