Photo from TWRA Tennessee angler Gene Armstrong never caught a paddlefish before, so he decided to give it a try... 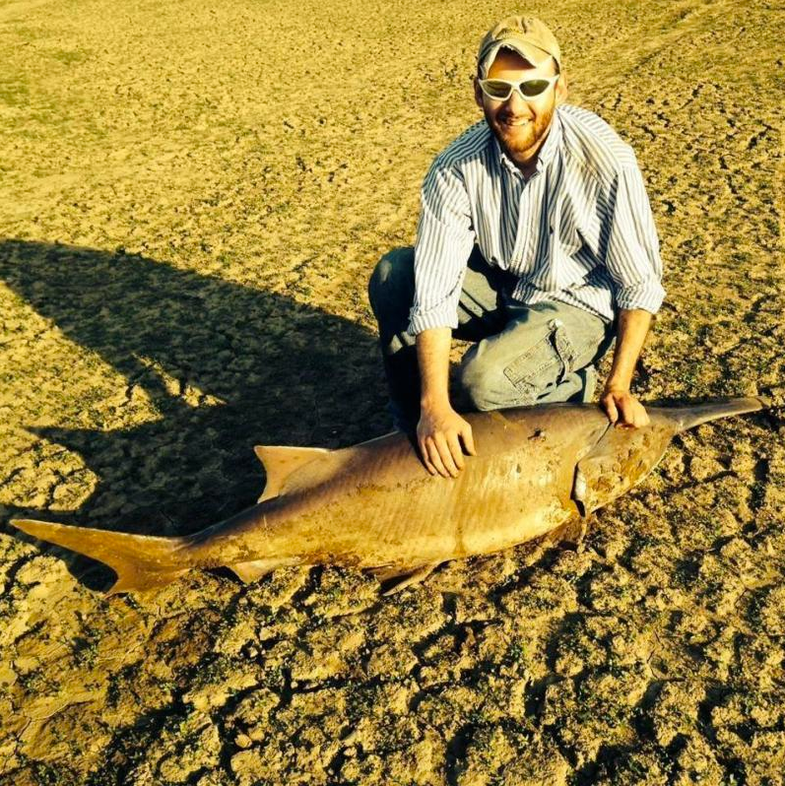 Tennessee angler Gene Armstrong never caught a paddlefish before, so he decided to give it a try on April 12, never expecting his first would a record fish. The Tennessee Wildlife Agency recently certified his 69.9-inch, 95-pound fish as the new state record.

Armstrong told The Chattanoogan he was fishing from shore and caught a few bass early in the evening. It boosted his confidence so much he decided to give paddlefishing a try. Fishing in 60 to 70 feet of water with 20-pound-test, Armstrong quickly made contact with the fish and fought it for nearly 45 minutes.

“The pole was bent over pretty good,” Mr. Armstrong said. “There was a time when I thought it was going to break, but luckily it didn’t.”

Ironically, the former state paddlefish record holder, Stephen Criss, was fishing next to Armstrong and helped him land the fish. In fact, it was Criss who suggested Armstrong weigh his catch on a certified scale.

Armstrong’s paddlefish is the second-largest fish caught by rod-and-reel in Tennessee. It outweighed Criss’ record by 14 pounds, and is shadowed only by a 112-pound blue catfish from the Cumberland River.