Rain delays are common in baseball everywhere. Early in the spring in northern states you sometimes get snow delays. But... 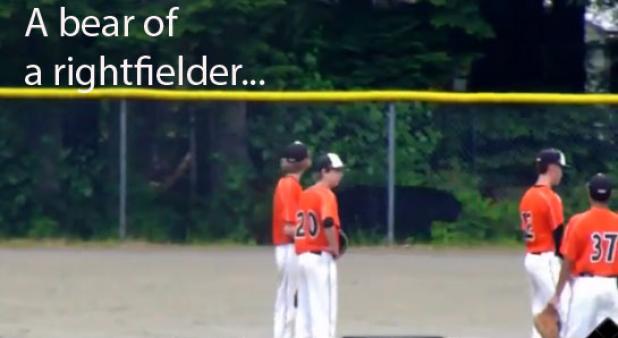 Rain delays are common in baseball everywhere. Early in the spring in northern states you sometimes get snow delays. But bear delays? That’s how you know you’re playing baseball in Alaska.

This black bear taking a walk just on the other side of the outfield fence caused umpires to pause an American Legion game in Juneau on June 15. They halted play for only a minute or two until the bear disappeared into the woods. By their reaction you can tell the players have seen bears before but stopping the game to make sure the bear wasn’t coming over the fence seems like a prudent idea.

In other bear sports news, a black bear in Alberta chased two joggers down a trail recently, closing the distance between them until it was uncomfortably close. When the bear stopped to climb a tree the two men ran to their vehicle and made their escape.