What is said to the be the nation’s largest herd of white deer may soon have its home divided up... 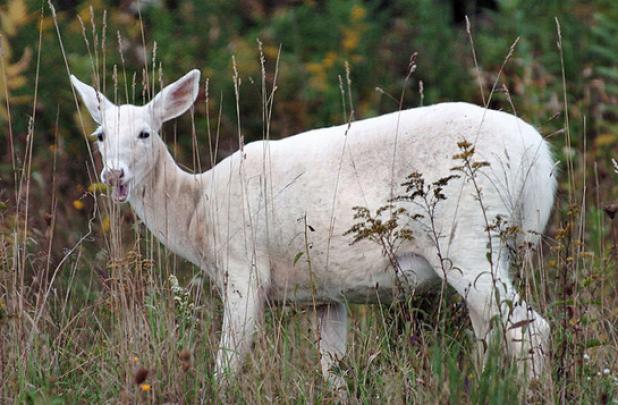 What is said to the be the nation’s largest herd of white deer may soon have its home divided up for development. The former Seneca Army Depot in New York’s Finger Lakes region is home to a large herd of brown, white and piebald whitetails that have grown up inside the tall fence that has enclosed the 7,000 acre depot since 1941. The first white deer were seen on the depot in 1949. As the herd grew the Army opened the depot to limited whitetail hunting to prevent overpopulation but placed the white deer off-limits. Today there are about 800 deer on the depot, 200 of them white.

Closed by the Army in 2000, the depot now belongs to the Seneca County Industrial Development Agency. U.S. Army Corps of Engineers staff works onsite, cleaning up hazardous materials and looking for unexploded ordnance. Once the area is fully cleaned up, probably in 2016, the Corps plans to remove the fence, and the IDA will take over the property, which will likely be opened to development, according to Syracuse.com.

Some local residents have formed Seneca White Deer, a group that hopes to preserve the fence and the depot as a wildlife area for birders, ecotourists and those interested in the history of the depot, which stored munitions from 1941 through first Gulf War. The group has organized several sold-out bus tours of the property and hopes it can be preserved as open space.
_
PHOTO BY STEPHEN D. CANNERELLI_