On Sept. 24, 14-year-old Nebraska hunter Hannah Helmer shot an elk that could be a new state record. The teenager’s... 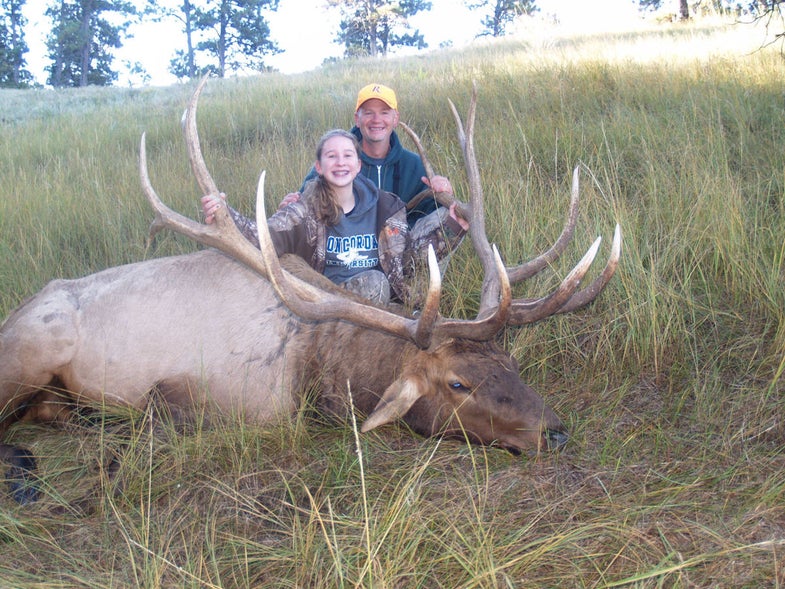 On Sept. 24, 14-year-old Nebraska hunter Hannah Helmer shot an elk that could be a new state record. The teenager’s dad, Joel, an official Boone and Crockett scorer, green-scored the rack at 428 1/8 net, Omaha World-Herald reports. The current state record stands at 409 7/8 for a nontypical elk, and the typical state record is set at 390 3/8. The rack of Helmer’s bull must dry for 60 days before it can be officially scored, though it seems likely that it will have no problem securing the record.

Helmer has been hunting alongside her dad and older brothers since she was 5 years old. Last fall, she shot her first whitetail. She and her brothers then applied for an elk permit, which she was successful in drawing. On the opening day of the season, Helmer and her dad went out to a Sioux County ranch, where she zeroed in on the monster elk from about 200 yards away. “I tried not to think of how big he was,” she told Omaha World-Herald. “Mid-bugle, I shot him.”

She then burst into tears. “All the emotions just weighed me down…and all the adrenaline.”

“To experience that with her,” Joel Helmer told Omaha World-Herald, “as a dad who hunts was pretty incredible.” Hannah, an aspiring writer, plans to submit the story of her kill to the local newspaper. (The editors of Field & Stream also invite her to submit it to this publication.)

**How to Field Judge Record-Class Elk