How to Field Judge Record-Class Elk

Illustration by A.J. Frena Any elk is a hard-won trophy, but if you’re set on tagging a real record-book bull,... 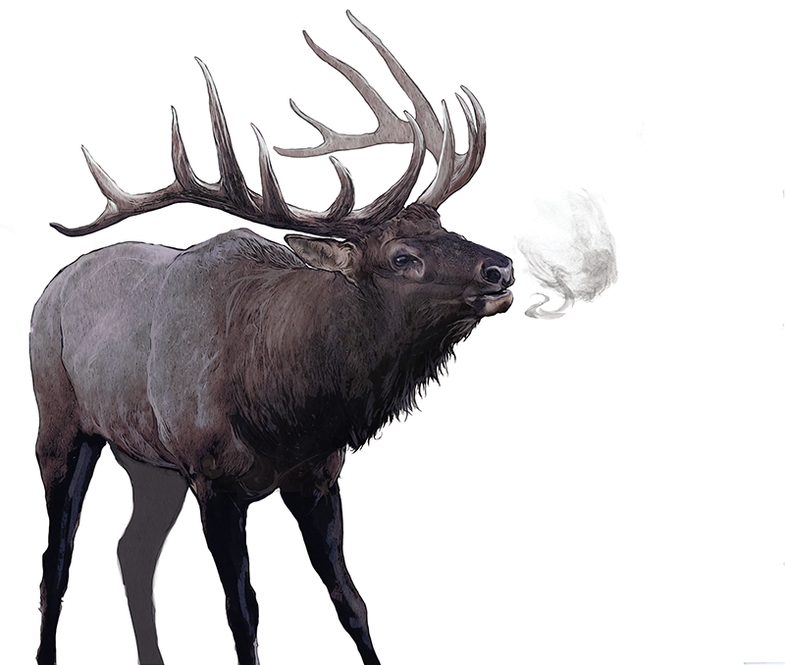 Any elk is a hard-won trophy, but if you’re set on tagging a real record-book bull, you should commit these four key features to memory. They’ll help you get a quick rough score on a bull, whether he’s feeding on the far slope or screaming in your face.

Long Reach
What generally puts an elk above average is the length of its main beams and tines. Beams longer than 50 inches typically sweep back before curving down toward the bull’s haunches. If a bull could scratch his butt with his antlers, he’s record-class.

Blade Length
The first three points should have some curve, but the fourth, which are known as daggers or swords, typically appear straight—and long on really big bulls. A bull with daggers longer than 18 inches should score well. Use the face length (far right) as your guide.

Fork Lift
Beyond the daggers is where most bulls either blow up or fall short. Look for an elk whose beams fork at the end, creating what is called a whale’s tail; the deeper the fork, the better the score. If there’s a fifth point before the whale’s tail, take the shot.

The Nose Knows
The average distance from the base of an elk’s antler to the tip of its nose is 17 inches. Use this measurement to estimate tine length. Look for brow tines that go 17 or 18 inches. The second and third points should measure a foot long or better.