How Close is Too Close: Bobcat vs. Coyote 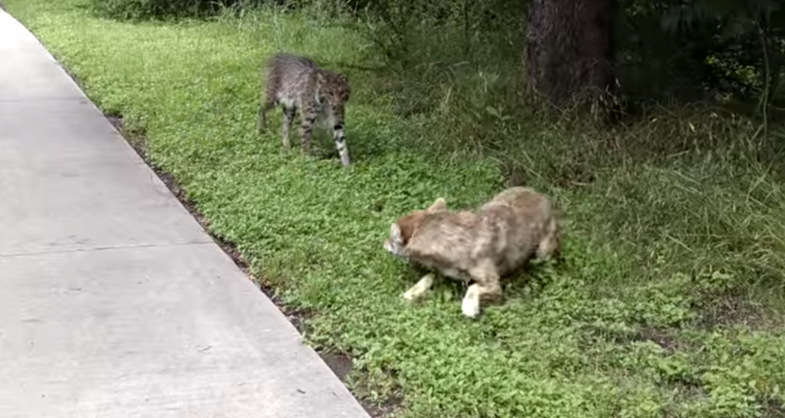 An Arlington, Texas resident bicycling through River Legacy Park early last month encountered and filmed a wild bobcat and coyote engaged in a stand off.

The video, later posted to YouTube by a man identifying himself as John Snow, shows an obviously agitated bobcat staring down an oblivious coyote. Seconds later, the bobcat charges the coyote, which reacts by yelping and cowering to the cat.

The bobcat then wanders onto the bike path and close to Snow, who maneuvers his bike between himself and the animal. Eventually the cat moves on, only to pass within a few steps of another cyclist that appears unalarmed that a potentially aggressive animal is at her feet. Snow turns the camera back on the coyote, which stretches its legs and watches the bobcat fade into the trees, still seemingly unconcerned by the presence of people.

While bobcats and coyotes reportedly encounter humans somewhat frequently in the park, some viewers of the video wonder if Snow and the other cyclist were a little too close to the predators, especially considering the animal’s agitated state. What do you think?