This week ten-year-old Malachi Bradley spent a night alone in the wild after he was separated from his family during... 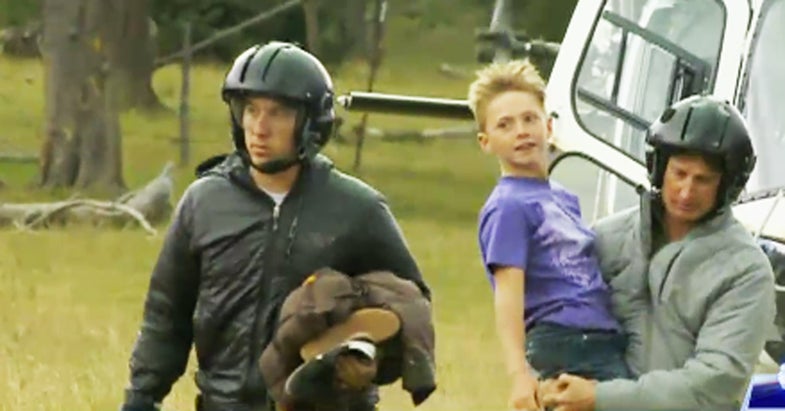 This week ten-year-old Malachi Bradley spent a night alone in the wild after he was separated from his family during an outing in Utah’s Uinta National Forest. As Fox News Reports, Bradley caught a fish in a mountain lake and went looking for mushrooms to cook with it when he became lost in the dense wilderness. Remembering the survival lessons he had learned from his father, Bradley first looked for a road so he could flag down a passing car but found none. He then filtered drinking water through his jacket and tried to spear fish for food.

Several rescue helicopters eventually passed overhead, but when Bradley tried to wave them down, he couldn’t be spotted from his place in the woods. As night fell, he built a shelter out of rocks warmed by the sun. The following afternoon, he was finally able to find an open space where a rescue plane spotted him and a police helicopter came and picked him up.

“He’s actually in great shape,” said Uintah County Sheriff Vance Norton, who noted that the weather was forecasted to take a turn for the worse. “We’re just happy we got him when we did.”

For his part, Bradley described the experience as “awesome” and “really fun.” When asked if he was scared, he replied “Not really, I just really wanted to get back.”

Altogether the boy spent 29 hours alone in the woods.

Watch the latest video at video.foxnews.com