In an effort to control the escalating feral hog population, South Carolina has contracted three hog removal professionals in a... 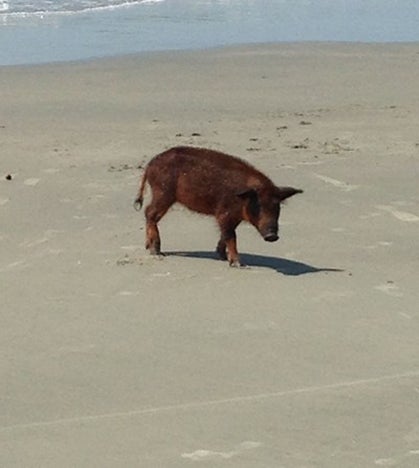 In an effort to control the escalating feral hog population, South Carolina has contracted three hog removal professionals in a trial program to kill the pigs, which are considered one of the state’s worst invasive species, particularly in the forest north of Charleston, according to the Post and Courier. The new program has annoyed local hunters who ask why the state does not extend the current feral hog season to allow everyone to hunt with dogs – not just the hired help.

While the initial test program was limited to three contract hunters this year due to funding constraints, the number of contractors could be expanded in the future should the program be successful. Public hunting with dogs will be open six days in April and six days in May. DNR officials believe that shorter seasons mean hunters will not shoot as selectively and efforts will be more concentrated for a better hog harvest.

“It’s only a couple of weekends per year they allow everybody to come to hunt (with dogs). If hogs are such a problem, why not open it up,” Carl Morris Jr., who hunts in the Hell Hole Swamp area, told the Post and Courier.

According to a story in The Post and Courier, hogs are found in all 46 counties, mostly along river basins. While South Carolina law has lifted most restraints on shooting or trapping the animals statewide, pig populations continue to flourish. The three hog hunters hired for the pilot program are concentrating their efforts in environmentally sensitive areas where endangered or other valuable native species are found, and are paid by the pig – they’ll get up to $80 for the largest pigs. So far, the contract hunters have taken 34 pigs.

“We don’t treat hogs as game animals. We want them eradicated. That’s the difference between a hog hunt and a removal,” says Sam Chappelear, South Carolina Department of Natural Resources wildlife regional coordinator.