Pet owners in Vancouver Island are watching the skies and corralling their cats after a video of a bald eagle... 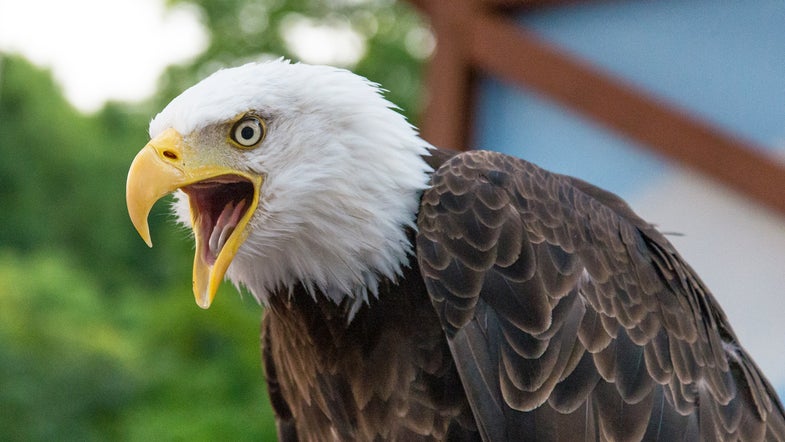 Pet owners in Vancouver Island are watching the skies and corralling their cats after a video of a bald eagle stalking a domestic feline began making the rounds last week.

CTV News reports that the footage shows just one instance of what appears to be a growing problem of bald eagles preying on small pets. Resident Jasmine Myers said that an eagle had no trouble attacking and carrying away her 22-pound cat Emo last year. “It does happen,” she told reporters. “They’re actively hunting all the time. You’ll see actual warnings online all the time to get your pets because the eagles are hunting now.”

The cat in the video appears to escape, but there are reports of eagles swooping down on pets throughout Myers’s community. This is the first time someone was able to catch a raptor in action, however. “We always assumed [the cat] would be safe,” Myers said. “It was also a huge wakeup call because we have dogs that are smaller than him, and so we can’t even let our dogs out at this point without babysitting them.”

It’s not the first time bald eagles have been observed targeting domesticated prey. In fact, late last month, a live, streaming video from a webcam perched above a nest in Pittsburgh, Penn., showed a pair of bald eagles feeding a cat to their eaglets. The _Washington Pos_t reported that while some viewers were appalled, the Audubon Society of Western Pennsylvania made a statement on the group’s Facebook page to remind everyone that nature “isn’t always kind or pretty.”