It is very hard to imagine- and I’ll admit that most of us wouldn’t want to try- how refrigerators and...

It is very hard to imagine- and I’ll admit that most of us wouldn’t want to try- how refrigerators and air conditioners running in Atlanta, Georgia could affect our chances to take a trophy mule deer in Wyoming or Montana. But bear with me. It is more interesting, and more real, than it sounds. 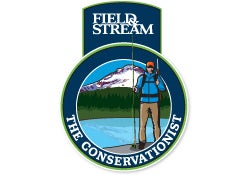 On March 26th, one of the top stories on Yahoo News was “Cash for refrigerators’ kick-starts appliance sales“
WASHINGTON (AFP) – Americans are lining up to snap up rebates for “cash for refrigerators” and “dollars for dishwashers,” as part of a government program aimed at both economic stimulus and reduced emissions.

I read the story, and then I read the comments (I have become a comments section junkie, I’m afraid). Most of the 240 people who wrote in hated the idea of using the stimulus money for this program. There were posts about “socialism,” “more government waste,” etc. But I had a much more personal stake in this story, and if you are a hunter or a fisherman, so do you.

In 2004, there was big push by the federal government to lease and develop natural gas resources along the Rocky Mountain Front, north of where I live. This was during the huge boom in natural gas production across the West, with all the conflicts over big game winter range being drilled in Wyoming, Colorado, New Mexico and elsewhere. Montana’s Rocky Mountain Front, empty, beautiful, fairly rich in big game, has a special place in the hearts of most Montana sportsmen, and there were not many people who wanted to see it developed in the same way that, say, the country around Wyoming’s Upper Green River was being developed.

Geologists estimated that there was enough gas buried under the Front to supply the US demand for about 72 hours. That doesn’t sound like much, but given the prices for natural gas at that time, the resource would have been worth about $1 billion dollars to energy companies, so it was a pretty attractive proposition.

But there was a sad, common-sense problem in the equation. We were talking about developing one of the West’s most beautiful hunting grounds for gas that would be mostly wasted. For over thirty years, our country has failed to make much progress on efficiently using energy, whether it is produced by natural gas, coal, wind, sun, or oil. One third of all the natural gas burned in the US is used to generate electricity. Most of our natural gas-fired power plants only operate at 55 percent efficiency- they waste two thirds of the gas that goes into them. We have 60 million hot water heaters that run at 50 percent efficiency. And on, and on.

We’ve known that this was a disaster for decades now- excellent efficiency standards for appliances like refrigerators and air conditioners were approved by Congress in 1987 but have never been made into law. We have already drilled and roaded huge areas of the West to extract irreplaceable energy sources that we have paid for and then squandered in millions of old appliances. Blown the tops off of mountains for coal and dumped fill into brook trout streams, and produced nothing but smoke for almost half of the coal we burned. When natural gas prices rise again, the Marcellus shale formation, under New York state, Pennsylvania, West Virginia and Ohio will be the new boom country. We are blessed to have these resources. We’ll be cursed if we continue to burn them for nothing.

It is deadly boring to read about the new refrigerators, and the stimulus money and the cash rebates. It is fun to yell about the government and how stupid it is. Unless, that is, you know what happens to our lands and waters, our fish and game and our economy, if we just keep on doing our business as usual.