A Big Croc of…

I have never considered myself a slave to fashion, least of all when it comes to footwear. But I can... 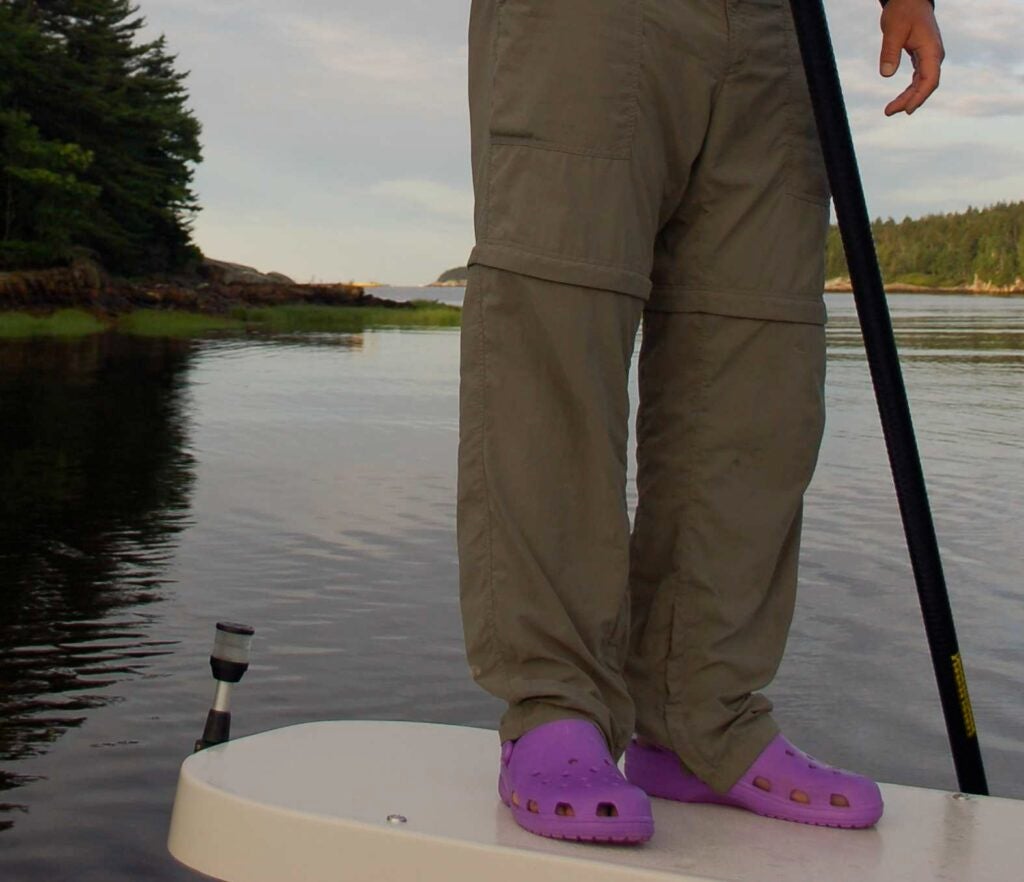 I have never considered myself a slave to fashion, least of all when it comes to footwear. But I can tell you this. I think Crocs–once the trendy phenomenon, now the embodiment of a sizzle and fizzle flameout product (and company)–are ugly shoes.

In Newsweek last year, Steve Tuttle wrote an insightful plea for Americans to abandon these stupid “clown shoes.” He follows up in the current issue of Newsweek, noting that the company’s stock now hovers around $3 after a peak of $75.21. The CEO is toast. The company is looking at going bust.

Why? Because, thankfully, people have realized that the main benefits of Crocs are that they are cheap and have no laces. Beyond that, they make your feet stink, and they make you look like Bozo on psychedelics, or someone who should probably be wearing a matching rubberized helmet.

But there is one other attribute of Crocs…

They just happen to be about the very best all-purpose boat/deck/fishing shoes on the planet. At least in my experience. They don’t slip. They don’t mark a boat deck. They’re (pretty) comfortable. No problem if they get wet. And on a boat, when you wear all sorts of other things that buck the fashionista mindset, they aren’t even that offensive.

I’ll admit, I have Crocs. White ones. But I spilled deck stain on them, and didn’t care, because now people ask me as if the red blotches are elk blood or something (as if I would butcher an elk in clown shoes… in the winter).

I don’t think admitting that is the same as the guy who wears pink shirts to prove he has no problems coming to grips with his masculinity, even though factoring that into your wardrobe really shows otherwise.

So what’s it going to be? Crocs okay or not okay?

A relic, or will they once again be cool when they join the ranks of all the other stuff fishers wear that really isn’t cool… but it is functional… so it gets a pass?