If you’ve never had the pleasure of fishing on a party boat, you’re missing out on what I consider one...

If you’ve never had the pleasure of fishing on a party boat, you’re missing out on what I consider one of the most entertaining forms of angling. On one hand, you can learn mountains of tricks from die-hard party-boat patrons, as they’re some of the best fishermen around. On the other hand, they can be the most quirky, eclectic, funny, and downright unruly bunch on the ocean. You never know exactly what kind of shenanigans you’ll see. I bring this up because of this story I found in the New York Post:

A Brooklyn fishing trip turned ugly this past weekend when the captain had to put down a mutiny by a passenger who went off the deep end, police sources said.

Capt. Steven Ventura, 42, of Mill Basin… noticed that all the sinkers from [the patrons’] fishing lines were missing.

He spotted one of the passengers — identified by police sources as Joseph Neuer, 38, of the Upper East Side — at the side of the boat, allegedly cutting them off and stuffing them into his pocket.

Ventura confronted Neuer, who allegedly reacted by swinging a knife. 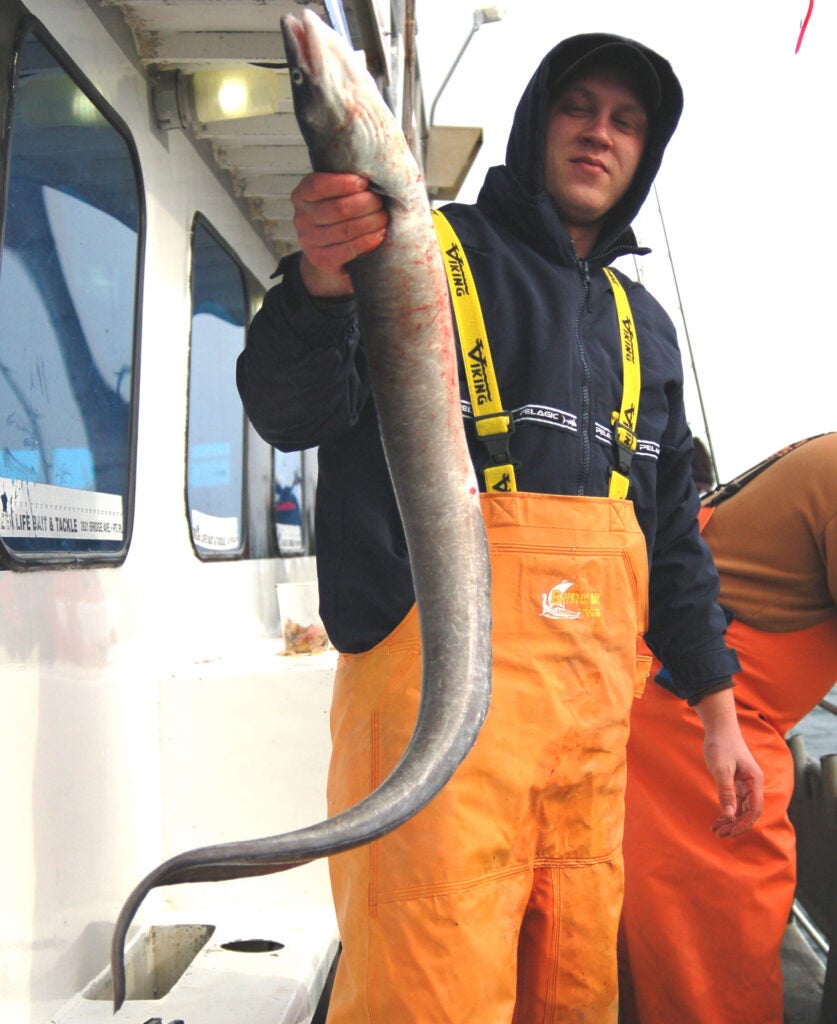 Party boat mates have to work harder than anyone.

This type of behavior is not that uncommon. I was once returning home from a party-boat tuna trip when the captain realized a few of the rental-rod reels went missing. He stopped offshore and made things simple: either the reels get returned, or the boat doesn’t go home. The thief fessed up and the cops were waiting at the dock.

Pictured here is my friend Chris with a nasty silver eel he caught during a winter ling trip we were on a few years back. It was a hideous thing, but the winter crowds tend to be pure meat-hunters, and when Chris dropped the eel on deck and said “Whoever wants it, take it,” punches were nearly thrown as hands grabbed for the slimy beast.

Then there was the time a party-boat mate I’m friends with noticed he was replenishing the bait trays of one group of guys a little too often. He later caught them dipping the squid and spearing in red sauce and eating it. I’ve seen gaffs put through hands and fingers nearly lost on anchor lines. I don’t get out on party boats as much as I used to, but every once in a while I’ll go just for the stories.

Do you have any good party-boat tales? – JC