I don’t care what you’re into. Fishing, hunting, trapping, whatever. If you’re an outdoorsman and don’t dig “Deadliest Catch” on... 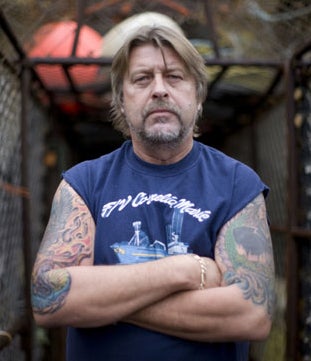 I don’t care what you’re into. Fishing, hunting, trapping, whatever. If you’re an outdoorsman and don’t dig “Deadliest Catch” on the Discovery Channel, something’s wrong. No matter what I’m doing, it will involuntarily cease if I spend more than two minutes watching this show, because I can’t stop. If there’s a marathon on, forget it…I’m done for the day. Of all the captains on the show, Phil Harris of the Cornelia Marie was easily my favorite, so it saddened me to find out that he passed away Tuesday.

According to stories in the New York Times and Tulsa World, Harris suffered a stroke on January 29th while unloading king crabs at Alaska’s St. Paul Island. He was flown to Anchorage where it seemed he was improving, when he suddenly died earlier this week.

If you watch the show, you know that both his sons were part of the Cornelia Marie crew. They issued this statement:

“It is with great sadness that we say goodbye to our dad — Captain Phil Harris. Dad has always been a fighter and continued to be until the end. For us and the crew, he was someone who never backed down. We will remember and celebrate that strength. Thanks to everyone for their thoughts and prayers. — Jake and Josh Harris.”

I certainly didn’t know Phil Harris any better than anyone who watches “Deadliest Catch,” but if nothing else, you’ve got to respect a guy who made his living out on those hellish seas. I see a forecast for wind over 15 miles per hour and start to second guess a day on the boat. No doubt the show will still be good, but it won’t be quite the same. All those captains are rough-and-tumble if you ask me, but Phil was just a little more badass — JC