Meet Mr. Bonneville. Bonneville cutthroat trout are one of three native cutthroats found in the Wyoming Range, which Trout Unlimited... 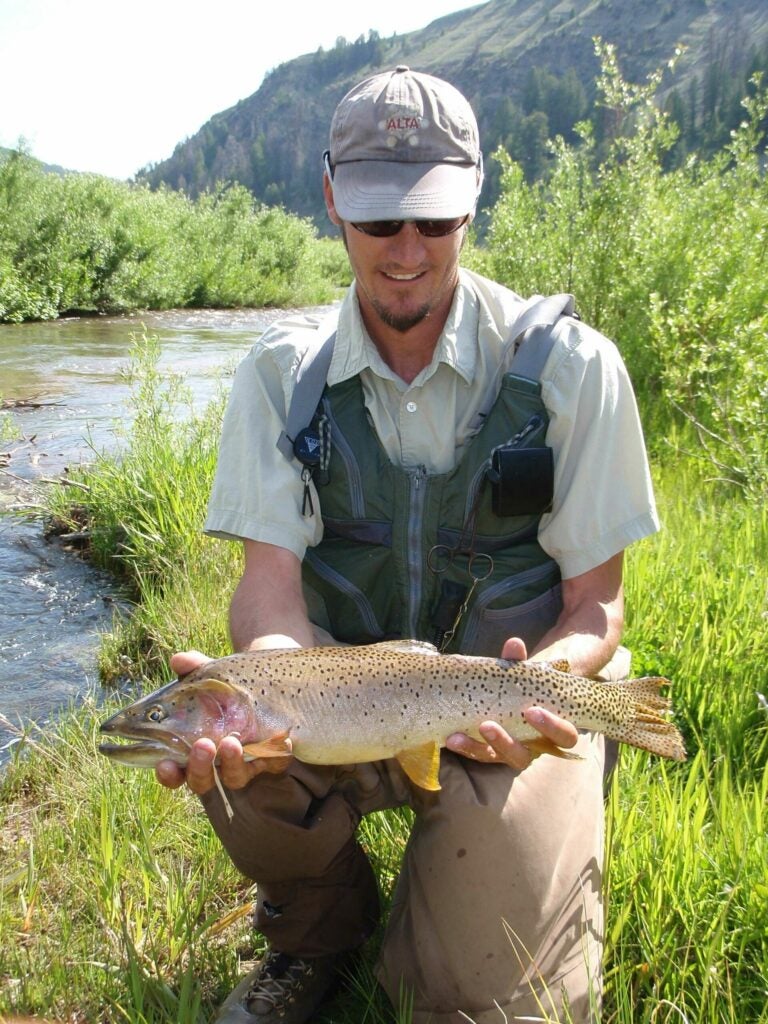 Meet Mr. Bonneville. Bonneville cutthroat trout are one of three native cutthroats found in the Wyoming Range, which Trout Unlimited helped protect in 2009 from the oil and gas drilling plans in this area . Today, the Wyoming Range is a 1.2 million-acre sportsmen’s paradise, not only for its native trout (Colorado River cutthroats, Snake River and Bonneville cutthroats), but also for bighorn sheep, moose, mule deer, elk, sage grouse, forest grouse and pronghorn antelope… see www.tu.org for more information.

Of all the native cutthroat trout species to be found in the West, “Bonnies” are worth making an extra-special effort to discover. They roam amidst the largest river system (mostly in Utah and Wyoming) that does not, ultimately, drain into an artery that leads to an ocean. (This drainage pours toward the Great Salt Lake.) But aside from that, Bonneville cuts are awesome predators. They migrate many miles, like steelhead. They fight in a way that most cutties won’t (and would make rainbow and brook trout blush…) and they are, when all is said and done, among the most worthy trout species a fly angler might hope to catch. If you value the “where” and the “why” in your fly fishing endeavors at least fractionally as much as the “what,” trust me… you must dedicate a trip to catching Bonneville cutthroat trout, at least once in your lifetime.

Congrats to all of you who answered “snake river cutthroat,” which was a reasonable guess. But top kudos goes to “sduprey” who was drawn from the hat… you win the vest from Cloudveil. Hit me at editor@anglingtrade.com, and I’ll hook you up.