What makes a perfect day of fishing? I had one such day over the weekend as my wife and I... 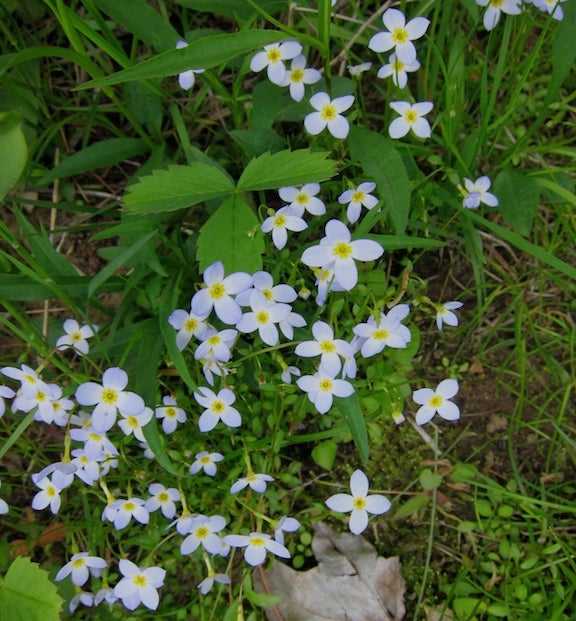 What makes a perfect day of fishing? I had one such day over the weekend as my wife and I worked a rough-and-tumble, pocket-water river in the Adirondacks of northern New York.

I got her set up to fish a normally productive run, and then I walked about 100 yards downstream. That was far enough away so that I wouldn’t be intrusive as she fished, yet close enough so I could still watch what happened. Then I sat on the riverbank, dangling my booted feet in the water and sipping some coffee I’d brought down from the truck.

It was early afternoon. The sun was out and felt warm despite the chill of a north wind sweeping down the valley off the high peaks. There were bluets by the score (photo) decorating the riverbank, small pale wildflowers that at a distance looked like the snow they had so recently replaced.

A couple of small warblers darted into the bankside alders, flashing gaudy yellow against dark-green leaves. There were some tan caddisflies in the air, low above the water, and the birds flew out to pick them off one by one. That got me sort of daydreaming and remembering warblers along other rivers–yellow warblers, and Maryland yellow-throats, and redstarts, and–just once–a cerulean warbler that I saw along a deeply wooded creek.

The deep cronk of a passing raven brought me back. I watched it sailing with the wind high overhead, going to where ever it is that ravens go–something about which I’ve often wondered and never figured out. Then I got to thinking that maybe the wondering is better than the knowing would be.

A couple of hours had passed. The sun was lower, but still warm. My coffee was finished. Then I noticed the trout had started rising. So I stood up and caught some.