Don’t Be a Catch-and-Release Killer

Yesterday, I received a letter from the Bonefish & Tarpon Trust and Responsible Angling Fisheries Conservation Foundation urging all magazine... 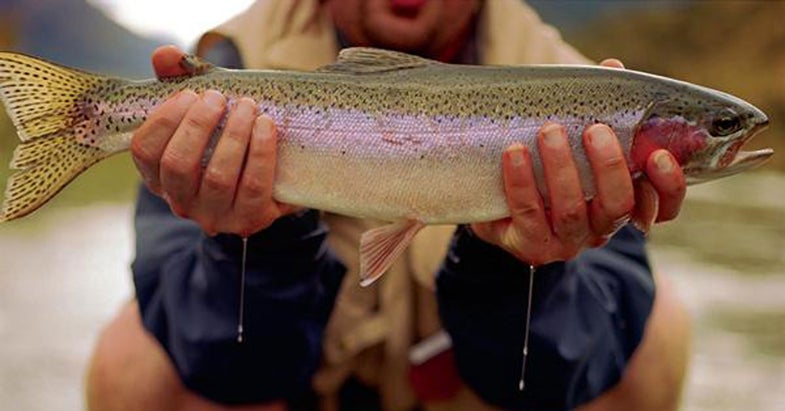 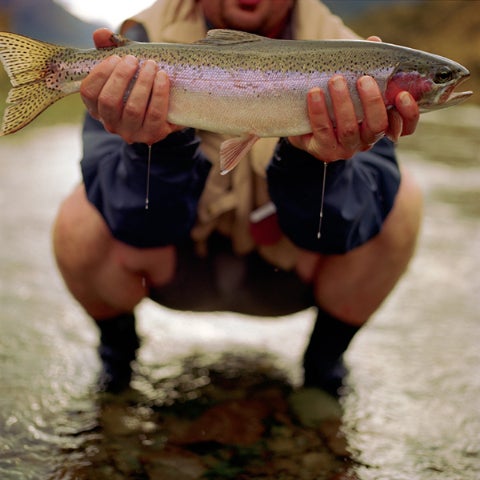 Yesterday, I received a letter from the Bonefish & Tarpon Trust and Responsible Angling Fisheries Conservation Foundation urging all magazine and online editors to shun the use of “hero shots” in which anglers handle fish in ways that reflect poor “catch-and-release” techniques. I say amen to that. True… the in-your-face, front-and-center images of anglers with big fish are attention-getters that sell magazines… but there’s a right way to pull that off. Take, for example, this image from Tim Romano.

Those of you who follow Fly Talk know that I am predominantly (but not always) a catch-and-release fisherman. If you want to eat your catch, that’s fine with me… that’s what regulations are for. The person who rubs me the wrong way is the one who claims to be a conservationist… then proceeds to suffocate, de-slime, traumatize, and kill fish as they mug for the camera. Just because the fish you caught dies downstream and out of sight instead of in your creel doesn’t make you a catch-and-release angler. It makes you a catch-and-release killer, and that’s worse in my book.

Five tips you should always follow if you want to catch and release trout properly: 1) Always wet your hands before handling trout, so you don’t rub the protective slime off their bodies. 2) Keep the fish wet… you want to see the water dripping off the fish when you take the shot… a dry fish makes a bad photo. 3) Keep the fish no more than two feet above the water… bend down for the shot, don’t hold the fish at eye level. 4) If a fish eats the fly deep, cut it off… performing surgery will kill the trout, and cutting off the fly gives them a chance. And 5) Hold your breath as you photograph a fish out of water… as you feel uncomfortable, odds are, the fish does also.

Tim will tell you that getting me to take grip-n-grin shots is about the same as getting me to pose topless. But occasionally, I can’t help myself (with grip-n-grins, not topless shots)… My friend Michael Gracie got a good pic the other day of me beaming over my biggest trout of the year. But I watched that fish swim away briskly after the shot, which was more important than the shot itself. If you follow those five tips, you can fill your photo album with great images, and know that the vast majority of the fish you leave behind might make another angler a keepsake also. And that’s really the point, isn’t it? —K. Deeter