This morning I found the very interesting, uplifting, and mildly sad story of Mr. Peter Carter (left) of Norfolk in... 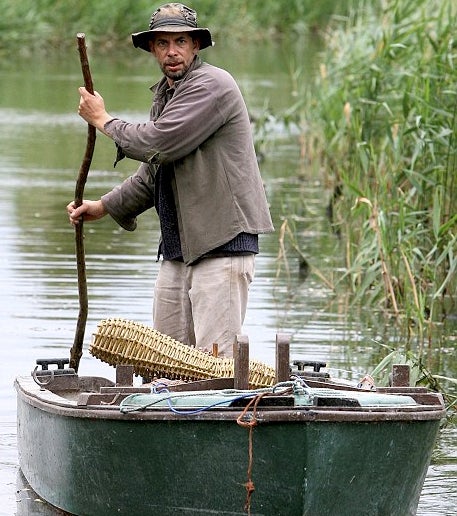 This morning I found the very interesting, uplifting, and mildly sad story of Mr. Peter Carter (left) of Norfolk in the U.K. Carter is, according to the story in the Daily Mail, the last man in Britain making a living fishing for eels in the ancient, traditional manner of using hand-made wicker traps. If his daughter decides not to carry on the tradition, a 500-year-old family practice will die. But what’s most interesting about this tale is not the current state of the eel fishery and Carter’s struggle to carry the banner. It’s just how powerful those stinking, nasty, squirming fish were in the past.

According to Carter, people in Medieval times paid rent in eels. Eels paid for the stones that built many a cathedral. Their skin was used to make wedding bands and…chastity belts…as it was tougher than leather when dried. In regards to the belts, Carter notes that the smell was also part of what made them good deterrents.

As for baiting his traps, Carter has not taken a shine to Gulp! or any modern marvel of fish bait. Roadkill. The dude prefers roadkill, especially a dead tom cat. “Nothing smells like an old, dead tom cat,” says Carter. “What we say is, hang it in the garden, wait till the neighbours start moaning, and by then it should have a nice few maggots, too.”

Carter’s story is a great read for anyone who believes in carrying on old sporting traditions. I highly recommend it. Too bad Asian carp aren’t as valuable as eels in Robin Hood’s time. – JC