The Man Who Caught 1,000 Species of Fish

Everyone has fishing-related goals of some sort, whether it’s trophy fish or a particular species or sheer numbers. I want... 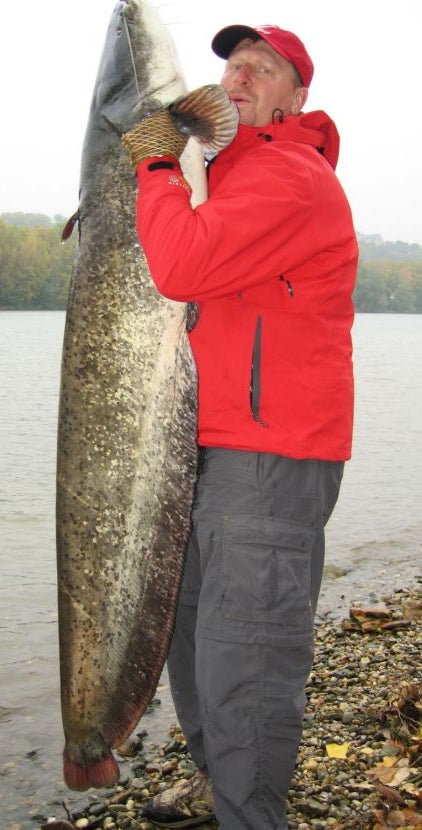 Everyone has fishing-related goals of some sort, whether it’s trophy fish or a particular species or sheer numbers. I want to catch a bluefin tuna before they disappear, as well as the various subspecies of cutthroat trout and largemouth bass. But American angler Steve Wozniak takes it to a whole ‘nuther level…

From this story in the UK Daily Mail: _An angler has broken the ultimate fishing record by becoming the first person in the world to catch 1,000 different species of fish. Steve Wozniak, 47, has spent 10 years pursuing the astonishing quest that has seen him fish in 63 different countries. He has spent 20,000 hours on riverbanks, piers, beaches and boats waiting for a nibble from fish ranging from a tiny minnow to a 900lb shark. Steve has forked out more than £50,000 and racked up over one million air miles criss-crossing the globe with his rod and tackle over the last decade. The record rodman has fished on every continent bar Antarctica, including places as far flung as Cambodia and the exotic Isle of Wight. He has snared virtually every freshwater fish native to Britain and spent two years and 4,000 pounds alone trying to capture an Atlantic salmon in Scotland. Steve has also broken 12 International Game Fishing Association records along the way and has another five pending.

His mammoth efforts finally paid off when he snared a 2lb coalfish in a Norwegian fjord to net the record, that is being dubbed the Cast of a Thousand. Steve now intends to temporarily hang up his rod to write a book about his angling adventures. He said: ‘It is very humbling to be the only person in the world to catch 1,000 different species of fish.’

Steve caught his first fish at the age of five and by the time he was in his mid-30s he reckoned he had netted nearly 150 different species.’ He said: ‘The 1,000 record started as a testosterone-driven competition between myself and a friend over who had caught the most fish species. ‘That started me thinking of the idea that getting 1,000 would be a fantastic and worthy goal to achieve. Steve, a manager at a software company but not to be confused with the Apple co-founder, frequently travels around the world for his job and broke off from business to go both sea and coarse angling whenever he could. In 2006 he took a year off work to concentrate on fishing and netted 180 species in that year alone, taking his total up to 676. Over the last three years the numbers gradually increased by an average of over 100 a year, culminating in the momentous coalfish catch._

A story like that gets you to thinking about how many species of fish you’ve caught. And then – at least in my case – I become depressed and develop a serious case of fish envy. Which is silly, because there are any number of worthy, challenging and fun fishing goals that don’t require loads of cash or international travel. You just have to identify them, then get out and do it.