Wasn’t it just Memorial Day? What happened to the summer? Say it isn’t so! At least the serious angler can... 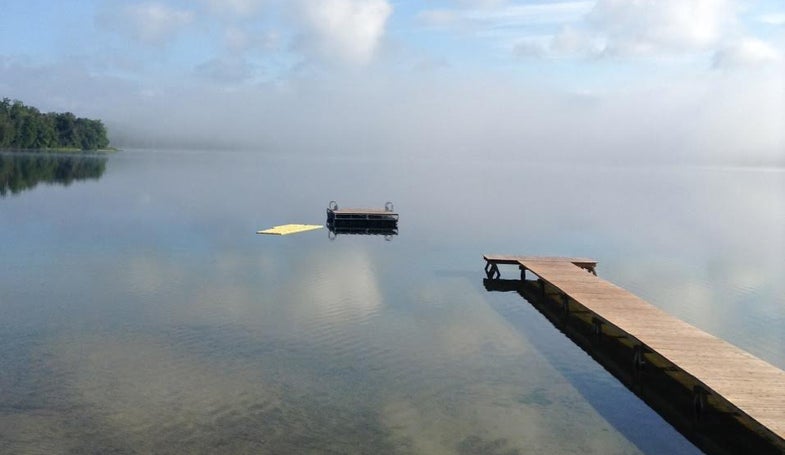 Wasn’t it just Memorial Day? What happened to the summer? Say it isn’t so!

At least the serious angler can find solace long after the solstice. The fishing scene actually gets better for the next few months, and here are 10 reasons why.

1. Goodbye tourists. We love you, we need you, we thank you for your dollars. See you next year. Don’t forget your inner tubes. Now we can go fish our favorite runs again without having to wake up at 4:30 in the morning to do so.

3. Fish girth. Trout have been eating all summer. They’ve been working out on the treadmill as the runoff crested, then subsided. They’re in prime shape, peaked, and ready to rumble.

4. Cool water. In places where the fish haven’t, in fact, enjoyed high spring and summer flows, and stream temperatures have actually been dangerously high (which included an alarmingly high percentage of the Northwest and Upper Rocky Mountain Region) trout are finally getting a break, and river closures will end. (Okay, cue the gratuitous moronic comment about climate change being a farce, even though I said nothing about climate change… until I just mentioned climate change.)

5. Clear water. River levels are typically at their lowest, and clearest, right now. Which means it is peak sight fishing season. And I am sorry, but if you’d rather blindly drag a worm and an egg under a bobber NOW instead of looking for, sneaking up on, and taking shots at fish with well-placed dry flies and emergers, you should literally open your eyes to the most exciting aspect of this sport.

6. Football season. Which has absolutely nothing to do with fishing. But how great is it to come off the water and then watch organized gladiator sports with a cold beer? And think of all the dweebs glued to their televisions, playing fantasy football every Sunday, which frees up so much space in the river for the rest of us dweebs who like to feed artificial bugs to fish with brains the size of almonds.

7. October caddis, skittering on the river surface. You can drag your fly–sometimes that helps–because the fish are so juiced up on those bugs, and trying to pack in every bit of protein before the onset of winter, that they don’t care. And if there’s anything I like more than a big trout, it’s a big, careless trout.

8. Hunting season. Admittedly, I love getting after a few ducks or pheasants now and then, or trying to call in a bugling bull elk (which I am terrible at doing). But the nice part of hunting season is realizing how many rear ends are in tree stands every morning, instead of in waders. (Are you sensing a theme here vis a vis uncrowded waters?)

9. Discount shopping season. The rod companies all have new, super hot rod models coming out. Which means that the old, super hot rod models–which aren’t really old because they were introduced only a couple years ago, but they aren’t super hot because something else is now–can be found on the clearance racks of your local fly shop. This is the season for buying $800 fly rods, with warranty, for the price they would cost without the warranty.

10. Snowflakes. Well, at least in the high country it starts snowing soon. During that first snowfall of the year, when it’s barely freezing, but really humid, and the snowflakes are the size of quarters… and everybody else is running to the grocery to stock up on milk and eggs, do yourself a favor and head straight to the river. Because more often than not, that first snow, when the quarters are falling from the sky, will trigger a blanked baetis hatch that will blow your mind and make you realize just how many trout really do live in the river. I’m not making any promises, but if you catch it right, it could change your life. It will at least make you forget about summer for a while.