Because I love flyfishing, more than any other fishing? Or I wear a Simms hat? After all, I also like... 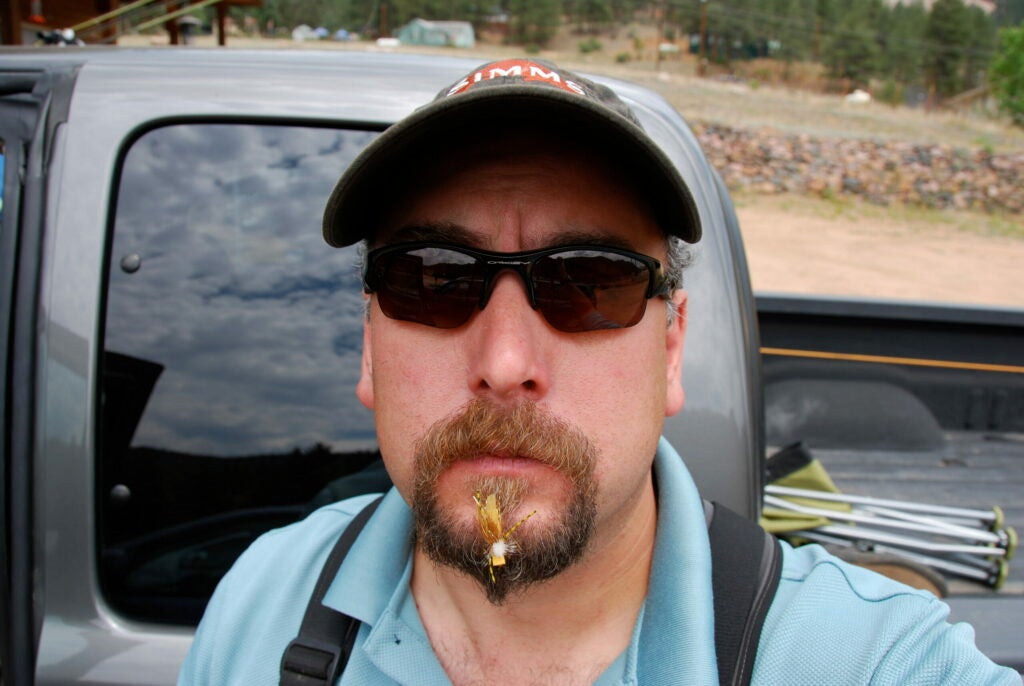 Because I love flyfishing, more than any other fishing? Or I wear a Simms hat?

After all, I also like to fish with baitcasters, and spinning gear. I like trolling too. But I find the technical challenges of casting and presenting flies most fun. And I’ll cast a fly at just about anything: smallies, largemouths, pike, carp… but I’ve never called that brownlining. Just fishing. I live in Colorado because I like trout fishing best.

I have a lot of gear. Some expensive stuff, some not. I see fish better with $150 sunglasses than I do with $30 sunglasses. One pair of $150 boots lasts longer for me than three pairs of $60 boots… I’ve learned that math the hard way. I tie my own crappy flies, and I don’t own a bamboo rod.

I appreciate the artistry of David Allan Coe as much or more than that of David Allen Sibley.

I think companies that perpetuate the “exclusivity” of flyfishing are strangling the sport and kidding themselves. Nothing disgusts me more than a gimp with money who hangs “no trespassing” signs around a river they cannot fish.

I release 99 percent of the fish I catch. That’s mostly because I like to eat chiken and beef more than fish. I do think meat fishing for stockers is boring.

My secret agenda with this blog in Field & Stream land is to convert the bass nation, one angler at a time, to flyfishing. I think there’s room on the water for everyone. I’ve had enough of the “us and them” argument. I will say this though: I don’t think anyone is a complete angler until they do cross over… conventional to fly, and yes indeed, fly to conventional. What say you?

And tell me… is my nose in the air? If it is, it’s only because I smell a rotten attitude.