There are few things I hate more in the flyfishing world than grip ‘n grin photographs, and when I saw...

There are few things I hate more in the flyfishing world than grip ‘n grin photographs, and when I saw this post on Moldy Chum last week I pretty much bottomed out. The story is straightforward… guy lands a massive steelhead… photo ends up on the cover of Fly Fisherman magazine… the back-story surfaces along with 60 other shots of the guy manhandling, suffocating, and thrashing around with the fish. Sixty shots of one fish. I work with some of the best outdoor photographers in the world, and I’ve never seen one take 60 shots of a single fish… even a dead one. 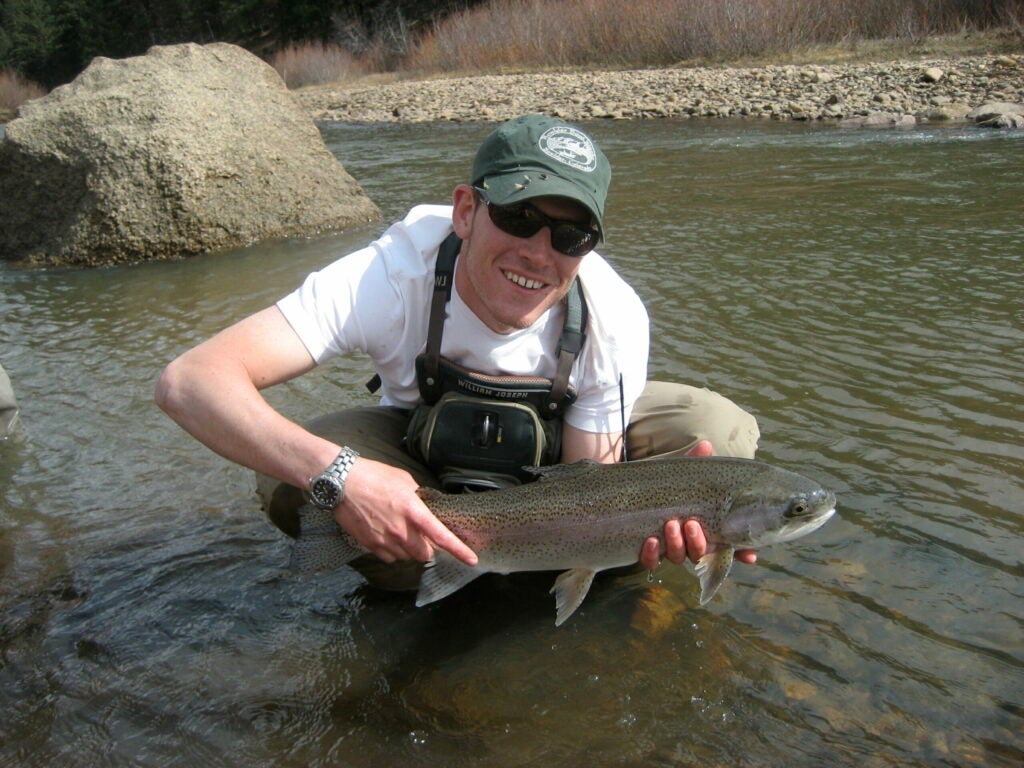 It’s one thing to snap a photo here and there. We’ve all done it. Great. This, by the way is one of my favorites… it’s my own doing, a shot of Romano cheezing it up with a stocked rainbow, the quintessential grip ‘n grin, and kind of a running inside joke.

But all kidding aside, can anyone really stand the self-righteous hypocrites who preach the “catch-and-release” ethos when they also take photo after photo, and drop and squeeze the guts out of fish? If you’re going to photograph a fish 60 times, do it the favor of killing it before you start. Or here’s another idea: Maybe let your memory suffice, and don’t take a photograph of every… dang… fish you catch over 12 inches long.

Do you know what that perfect grip ‘n grin shot really is? A smiling goofball gloating over a gasping animal that has a brain the size of a marble. That’s pretty much it.

But that’s what sells magazines. And websites.

I would venture to guess that on some rivers, far more fish are killed by the camera than anything else, all in the name of vanity.

I’m not by any means leaving my camera home this year. There are too many good things to see and record. But my smiling mug ogling over a salmonid isn’t one of them. By all means, do what you want. Grip ‘n grin away…. but keep it to three shots. Under thirty seconds. With wet hands. And keep the fish in the water as much as possible. You might not get the magazine cover, but the fish will thank you for it.