One of the great things about fly fishing from a kayak is that you can cover a lot of water... 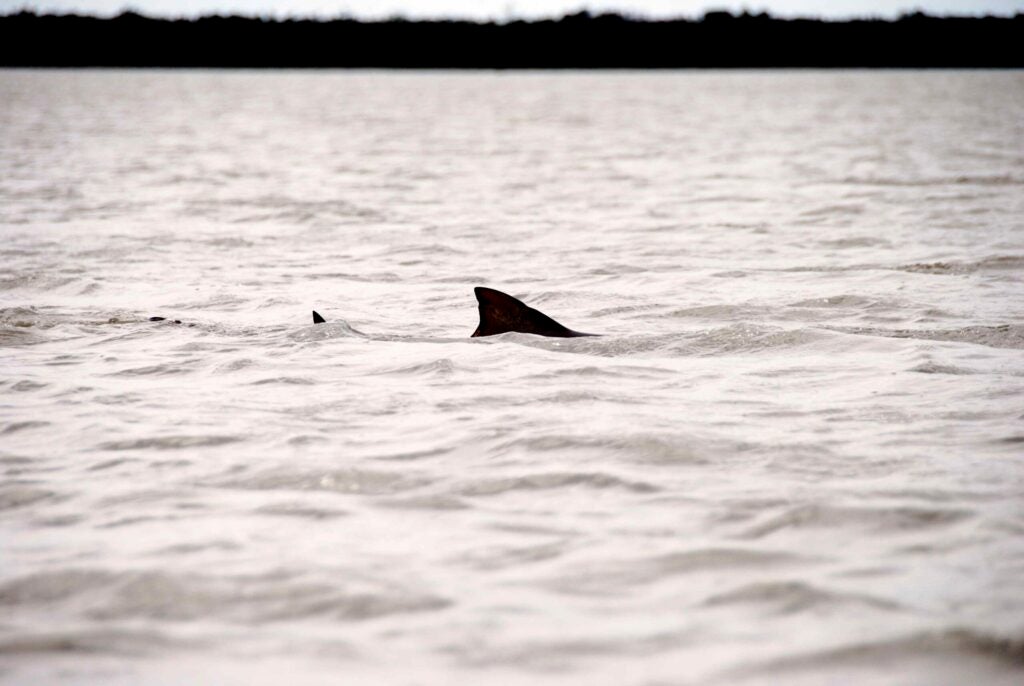 One of the great things about fly fishing from a kayak is that you can cover a lot of water in virtual silence. As such, you’re inevitably connected to the environment in ways you don’t really sense when riding in a power boat or wading.

For example, the other day as I paddled across a small bay among Florida’s 10,000 Islands, I counted 26 sharks finning at close range to my boat (sometimes bumping against it). Bull sharks, lemon sharks, nurse sharks, and some others. Some longer than 6 feet. And the thing was, I wasn’t at all freaked out by their presence. Instead, I was awed by their graceful maneuvers in the shallow water. Watching them ambush mullet was like watching a pride of lions hunt gazelles. Slow, deliberate, suddenly vicious… with optimal efficiency and grace.

Granted, I was glad not to be wading, and I certainly didn’t want to fall out of the boat. I don’t go out of my way to commune with apex ocean predators at close range. (After all, I saw the film “Grizzly Man” and know where communing with brown bears got Tim Treadwell.)

But I’ve always thought that shark encounters–fishing, diving, or otherwise–were fantastic opportunities to be enjoyed and appreciated. Sadly, sharks are often feared more than they are admired. And I never understood the Neanderthal mentality of some people who kill sharks for the sake of an adrenaline rush.

Catching sharks, like any other fish, can offer great excitement (apparently even on a Barbie rod… see Mr. Merwin’s post below). But in my mind, killing sharks, especially if you aren’t going to eat them, defeats that purpose entirely.

Why is it, do you figure that some people are so wigged-out at the sight of a shark, and others are so intent on killing them?