For better or worse, the fly fishing world revolves around trout. Don’t get me wrong… I love trout. I respect... 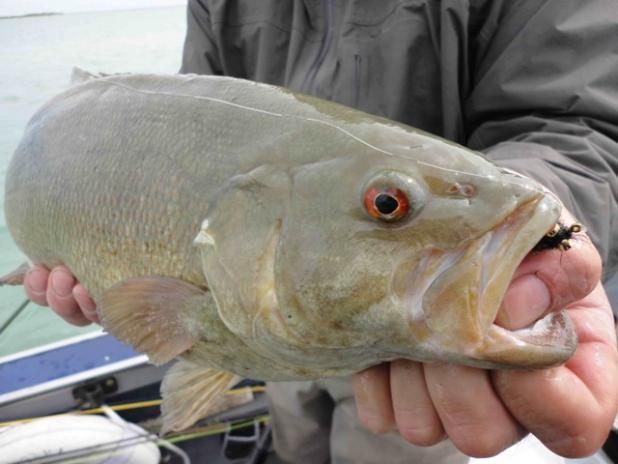 For better or worse, the fly fishing world revolves around trout. Don’t get me wrong… I love trout. I respect their fickle nature. I think they’re graceful animals…deceptively powerful in strong currents…and noble adversaries vis a vis the tug. And they’re more predatory than most of us give them credit for being (at least the big ones are). If you don’t believe that, go throw a mouse fly in a trout river at night, and see if that won’t change your mind. 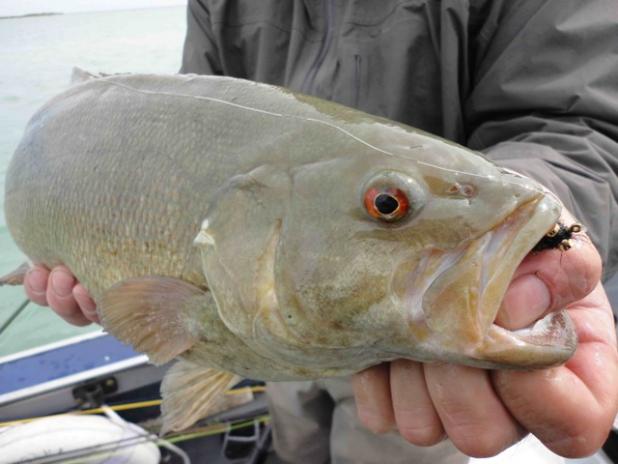 But I’m starting to think smallmouth bass might be taking over as my favorite fish to catch on fly rods. Dave Whitlock and Bob Clouser have had it right for years. {C}

Smallies are never going to be on anyone’s “Most Beautiful” list. I think they’re the wild turkey of the water. They’re wily, sometimes explosive, and found in lakes and rivers throughout the country, from the Columbia River to the Delaware River. They’re resilient. They’re native.

And all you need to play is rod, reel, line, leader…and a handful of Clouser minnows (I like the ones with chartreuse accents best).

The flyfishing world has done a good job in promoting the sport beyond traditional trout boundaries in recent years. There are very few fish you can catch on conventional gear that you can’t catch on a fly. And many fish, from carp to pike and panfish, might just be more appreciated from the business end of the fly rod.

I’d certainly put smallmouth bass in that category. In fact, they’re at the top of my list.