For years, I have been advocating that it’s better to fish fewer fly patterns in different ways, than it is... 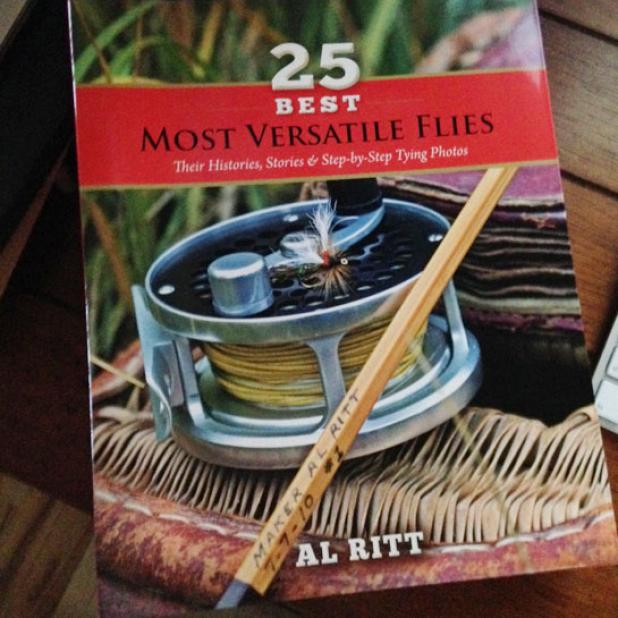 For years, I have been advocating that it’s better to fish fewer fly patterns in different ways, than it is to feel like you have to buy 1,000 different flies to match every possible scenario you’ll encounter on a river, lake or saltwater flat.

There’s nothing wrong with a deep roster in your fly boxes, and it’s satisfying–even comforting–to have a full arsenal of different patterns for different places and seasons. But let’s face it: some patterns are designed to catch fish and some are designed to catch anglers. I’d rather dial in on a couple dozen versatile patterns and master their many uses than feel like I have to go digging and switching every time a different bug falls out of the sky.

Al Ritt’s new book “25 Best Most Versatile Flies” (Stonefly Press $39.95) is smartly constructed and detailed on that exact premise, and as such, it may well be one of the most valuable fly-tying books any angler–from beginner to expert–can own. Ritt dials in on 25 patterns, and then tells you how they were conceived, how they can be used, and he delivers precise, easy-to-follow, step-by-step instructions (with clear photos) of how to tie them. The book is put together beautifully in a handy bench reference format. It also includes some basic tricks of the trade, like how to apply dubbing, standing hackles, and spinning hair. The bottom line is that once you master these 25 patterns, you can fish many situations for many species–from trout, to bonefish, to carp and bass–and save yourself a ton of money in the process.

Ritt includes some of the “usual suspects” in his list, like the Adams, the Clouser Minnow, the Woolly Bugger, the Royal Wulff, the Muddler and the Hare’s Ear (how could anyone leave these staples off the list, right?), but I was intrigued to see a handful of less-likely candidates make the cut. After reading and understanding Ritt’s rationale, they all make perfect sense.

Here are some examples:

1. Gartside’s Gurgler: It “gurgles” as it twitches, like a wounded baitfish (or a tantalizing attractor) and as such, is a great pattern for stripers, even steelhead and Atlantic salmon on the skate.

2. The Foam Beetle: Of course. Why not? Probably the most versatile, yet still under-appeciated terrestrial pattern in the world.

4. ARF Midge: Anywhere you go, trout typically get more than 50 percent of their protein from midges, so why not master a great midge pattern?

5. Deer Hair Mouse: I’m a believer in fishing big flies for big fish, but until now, was intimidated when it came to tying mouse patterns myself.

6. ARF Hi-Vis Damsel: Does it get much better than when trout key on damsels in still water?

With the season starting to kick into full gear, if you’re like me, you’re going to spend more time fishing, and less time tying flies in the coming weeks and months. But do yourself a favor and grab this book if you want a primer that will help keep your boxes loaded with proven patterns. You don’t need 1,000. You need 25 good ones, and these 25 are as good as they get.