E-Book Review: “The Tug is the Drug” by Chris Santella

If you’re looking for a good read on fly fishing that comes in short, palatable bites (a format I fancy... 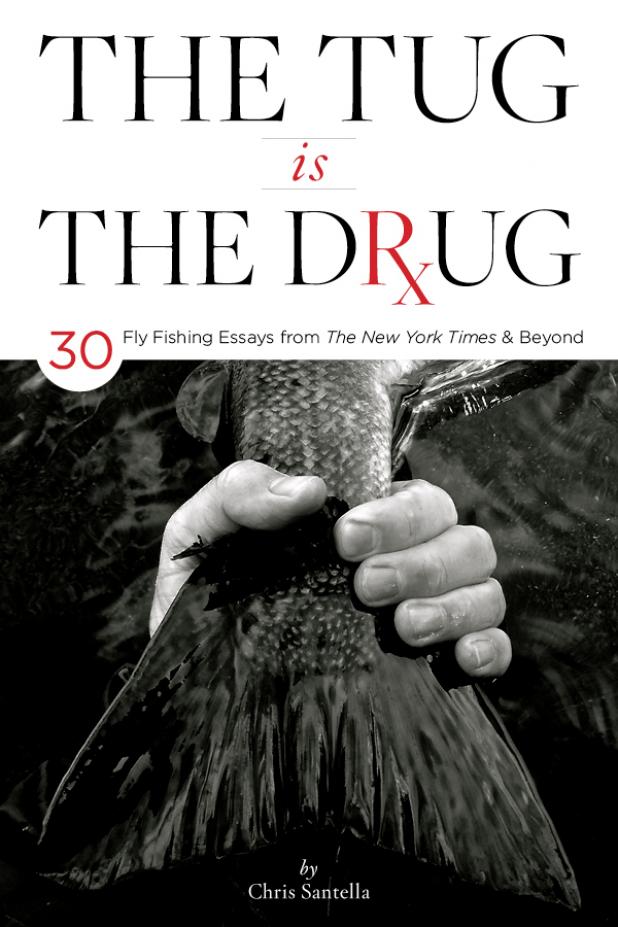 If you’re looking for a good read on fly fishing that comes in short, palatable bites (a format I fancy most), go ahead and download Chris Santella’s new e-book titled “The Tug is the Drug: 30 Fly Fishing Essays from The New York Times and Beyond.” ($6.99; this is the first collaborative e-book by Headwater Books and MidCurrent.)

Santella, author of “50 Places to Fly Fish Before You Die” (which is soon to become a television series on WFN), is one of the best in this business, and every story, every word from this collection demonstrates why I say that.

Over the years, I’ve not only become a fan of his writing, I also got to travel with him to some very cool places. We were both part of “The Kodiak Project“; fished together in Ireland; on Bimini in the Bahamas; and we went to fish the Ponoi in Russia last year.

Santella has a great ability to turn a phrase like no other — virtually planting your feet in the water right next to his (I know this because I have read his work, and my feet have actually been planted in rivers next to his, so it all matches up). He can be witty, sometimes very lyrical, but he’s always honest.

What I like about this collection is that he is able to show more of his reporting side. Fishing is always a fun story, but there are often more complex and subtle issues to consider as well, like stocked fish and manipulated landscapes. Here’s an example from “The Man Who Brought Trout to a Valley of Gravel”:

“For some, the notion of a river that has felt the shaping hand of man is mildly distasteful, like an overly manicured golf course or a fussily symmetrical garden. On the late September morning that I approached the river with the fly-fishing guide and ranch manager Damon Scott, I harbored some of these concerns. Would the Rio Blanco be the trout stream equivalent of a miniature golf course–tricked up and obviously artificial?

We crossed the river above our first pool to keep our shadows off the water. Perhaps 20 rainbow trout, illuminated by the sun, finned in the sluice of current that spilled from between the two large boulders that helped form the pool. Scott tied a dry-fly pattern, the Emulator, on my tippet, and several fish proved willing before their interest waned. It was not shooting fish in a barrel, though the trout seemed vulnerable in the slow water.

The next stretch we fished was a different story. This section of stream meandered through a stand of aspens, bending left and right, with several sets of riffles and submerged logs to provide cover: A close-to-perfect trout stream, with the granite face of El Rancho Pinoso’s version of Half Dome presiding over the scene.

A trout was delicately sipping small bugs on the surface, just off the edge of one log. Scott tied on an Adams, a great all-purpose dry fly. Because of the current and the log, it was a tricky presentation. After a few tries, I made the right cast. Soon, I was cradling a big-shouldered rainbow, all of 21 inches.

I knew that the fish was not native to the river, and that the river would not exist without Dave Rosgen. But I hardly cared.”