And the “Dumb Ways to Break a Fly Rod Winner” Is…

Every now and then I have to do a post on stupid ways to break a fly rod, if only... 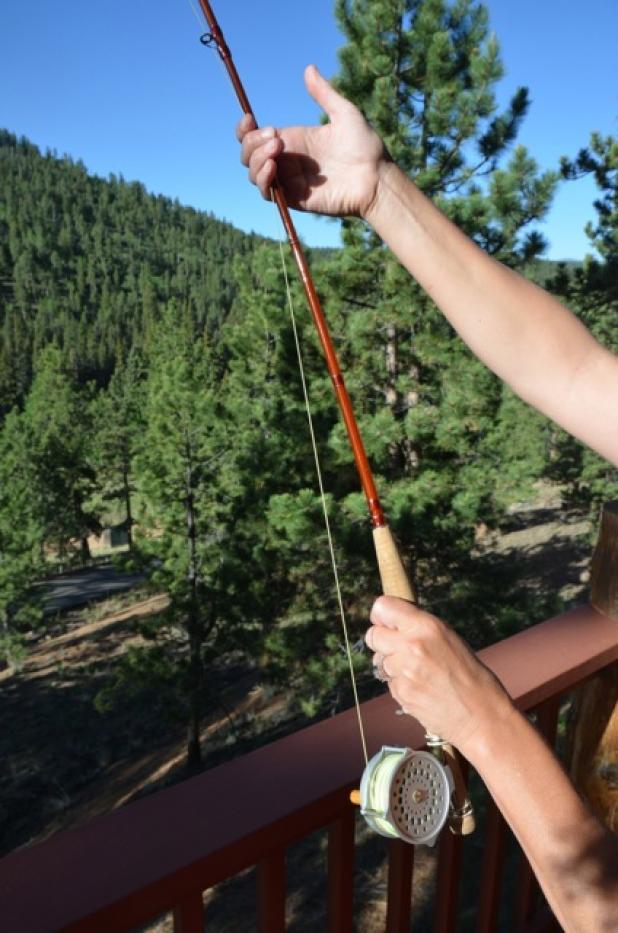 Every now and then I have to do a post on stupid ways to break a fly rod, if only to make myself feel better about the many, many stupid things I have done that have resulted in broken fly rods.

I have to say thanks, from the bottom of my heart, to all of you who commented, because I no longer think that I (or in this last case, my wife, who broke my new tenkara rod with a vacuum cleaner) will be a shoe-in finalist for the Darwin Awards. You had some very innovative ways to destroy perfectly good fly rods, from flying kites with them, to “catching” a friend in a swimming pool, to falling, flailing, loaning them to in-laws, and so on. (See photo for another stupid way to break a rod.)

But the winner of the new tenkara rod I promised this time will be buckhunter.

Now, granted, I am rather fond of buckhunter, because he is one of our most loyal Fly Talkers and a real-deal fly angler. And to be sure, I expected him to be a serious contender in this category, because he is an Ohio State Buckeye. So he had a head start. But this story is priceless:

“Not sure if it was dumb or weird but was kayak fishing for bass in Lake Erie a few years back. Caught a nice bass, lipped him and hung him over my lap to remove the jig. I had my hand in his mouth removing the hook when I glanced down and saw a snake slither out of the fishes mouth and falling into my lap. There was no room in my kayak for a passenger. Startled, I threw the snake and fish overboard which was thankfully off the hook. My jig sank to the bottom, snagged a rock and the very next wave raised my kayak, breaking the tip off my rod which was just over hanging the edge of my kayak. All of this happened in less than 5 seconds and I was left holding a G.Loomis Bronzeback a couple inches shorter.”

I actually don’t think that was dumb at all. Given how I feel about snakes, I probably would have broken the rod, the paddle, and the kayak itself. But it’s a great story, and I kinda want to hear another one about catching fish from a kayak with a tenkara rod in the future.

So buck, you know the drill and how to get me. Hit me up, and we’ll get the next story started.