Help Me Solve a Carp Riddle

Sometimes, it’s good to get stumped. That’s what keeps your wheels churning, and keeps you asking questions, and going back... 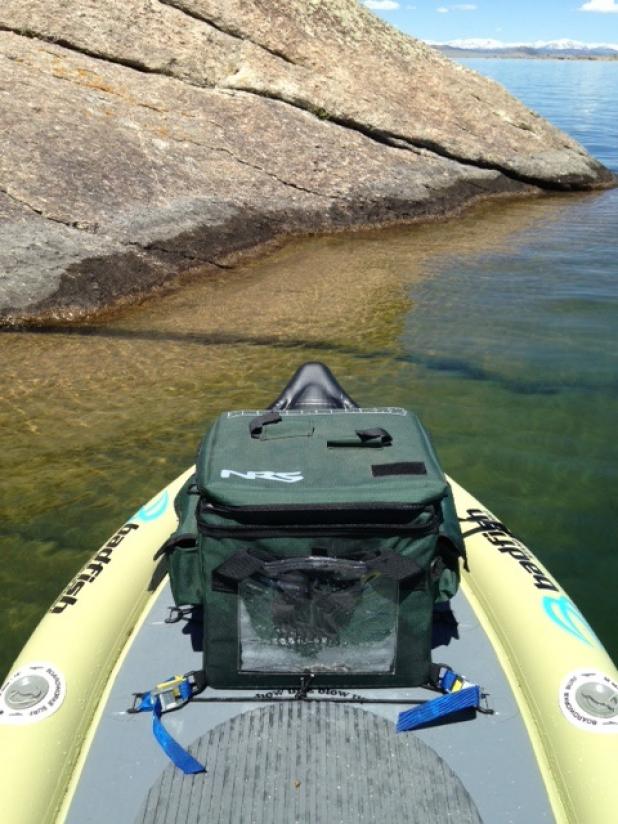 Sometimes, it’s good to get stumped. That’s what keeps your wheels churning, and keeps you asking questions, and going back to the river — probably the most important ingredients for successful fly fishing. The minute you think you have it completely dialed … is usually when you’re dead in the water. I’m perfectly comfortable admitting that I have no idea what the heck is going on sometimes when I fish. Fortunately (or unfortunately, depending on how you see it) “I have no idea” happens more often in carp fly fishing scenarios than in any other.

Here’s one that had me literally awake in the middle of the night. Yes, I am that weird. I watch mental “game film” of fly fishing situations when I can’t sleep.

We were carping from stand-up paddle boards on Elevenmile Reservoir yesterday (I’ll do a full post on that next week, as it was an incredibly fun thing to do). Elevenmile is in Colorado’s South Park region, a high-altitude reservoir with cold, clear water. It was an unusually sunny, calm, warm day.

The water wasn’t warm enough to draw the carp up into the shallow flats. However, we did see them in bunches, suspended about a foot or so below the surface, in areas where giant boulders sloped into the water.

The fish were happy. Not terribly spooky. They seemed to be eating. Milling around… cruising amongst the rocks… weaving and finning.

There were a ton of spinners on the surface, but I didn’t see any carp rising to eat bugs. There were crayfish parts on some of the rocks, left over from birds that had picked them apart.

Were the carp eating crayfish? I tried crayfish patterns, and nothing worked. Were they eating sub-surface bugs? I tried twitching nymphs, thinking they might be sucking down emergers. That didn’t work either.

This morning, I got on the phone with my buddy John Hendrickson from California and told him about it. John is a carp guru of the highest order, who regularly wins the Lake Henshaw Carp Throwdown, which is scheduled again this year for June 28. If you want info on that, you can get that here.

John asked me, “Were those boulders you fished around on the sunny side of the lake?”

“Yes they were. We were on the northern shoreline,” I answered.

He theorized that green algae was starting to bloom on the rocks (something that he sees happen in California as well), and the carp like to pick off the globs that float free. Sometimes, they’ll even rub the rocks to break that stuff off. In fact, I noticed that some of the fish had rub marks, almost like hatchery trout that rub the walls of the raceways where they are raised.

The ticket, therefore, may be to try a green blob of a fly, like an unweighted Pat’s Rubber Legs, or a green Puff pattern like Kent Klewein from Georgia likes to tie. Something that just suspends and hovers, not far below the surface.

What do you think? Any other theories out there?