I think it is fair to say that fly fishing, as we know it, wouldn’t exist today were it not... 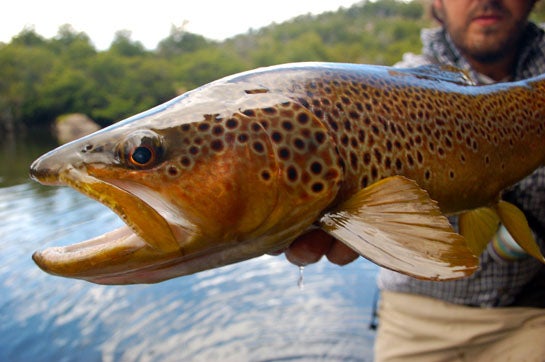 I think it is fair to say that fly fishing, as we know it, wouldn’t exist today were it not for brown trout. These fish are not native to North America (or South America, or New Zealand…). They were transported from Europe and now live in the far reaches of the globe. I’m always fascinated by how the sun never sets on the empire of the brown trout, and I’m heading to southern California for two weeks to speak to various fly fishing clubs on the where, how and why of brown trout fishing.

I have a special affinity for this species because I learned to fly fish in Baldwin, Mich., in the very stream where the first brown trouts were planted in the United States in the 1880s. This fish has since led me to places I could not have imagined — from the tip of Tierra del Fuego in Argentina to above the Arctic Circle in Russia. And it never gets old.

Here are the dates that I’ll be speaking. If you have a free evening and can make it, I’d love to meet you in person. I’m interested to hear what your “mother fish” is with regard to fly fishing. Visit the clubs’ websites for more specific info on times and locations.