First of all, welcome to the new FSHuntress page on the new Field & Stream site! I apologize for the... 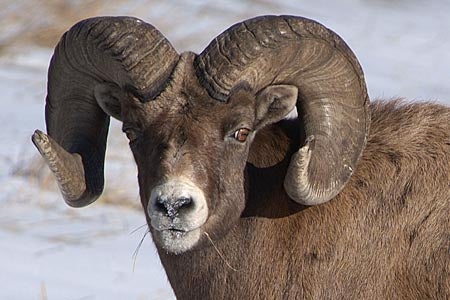 First of all, welcome to the new FSHuntress page on the new Field & Stream site! I apologize for the brief “service outage” while we got switched over, but we’re back in the saddle now. I’d say these are certainly brighter and more spacious quarters than our old ones, so I think we’ll settle in here just fine.

Now, onto the news, where this National Geographic article is reporting on a study that found hunting to “speed up” evolution in game species such as bighorn sheep and caribou, resulting in smaller animals.

The study, led by Chris Darimont, an evolutionary biologist at the University of California, Santa Cruz, looked at 29 mammal, fish, and plant species that are hunted or harvested by humans. It found that the rate of evolution among what it collectively termed “harvested organisms” was 300 percent faster than in “natural” systems. In addition, trends toward smaller body size occurred 50 percent faster due to hunting than as a result of other human-caused factors like habitat destruction and pollution. Among bighorn sheep in particular, body and horn sizes were found to have declined by 20 percent over the past three decades.

The study is clear that these evolutionary changes are brought about more by human hunters than other stressors such as pollution or habitat loss. The story also pointed out that humans hunt at a higher rate than other predators such as sharks or wolves. It’s little surprise, then, that the paper’s lead author calls for a decrease in trophy hunting, which removes larger animals from a population’s gene pool.

Now I’m no trophy hunter, but of course I’d be lying if I didn’t say I at least ‘tended towards’ larger animals. And I’m certainly no scientist. But I’m interested in the assertion that hunting outperforms environmental stressors like pollution and habitat loss when it comes to altering the evolutionary patterns of certain game species. That’s quite a claim. And if it’s true, what’s to be done about it? More regulations? Or do we need to look at a few more studies? K.H.