Sometimes new guns aren’t ready for SHOT Show. What manufacturers usually do is cobble together a prototype, show it to...

Sometimes new guns aren’t ready for SHOT Show. What manufacturers usually do is cobble together a prototype, show it to us and lie about when we’ll see production models. Not Benelli. 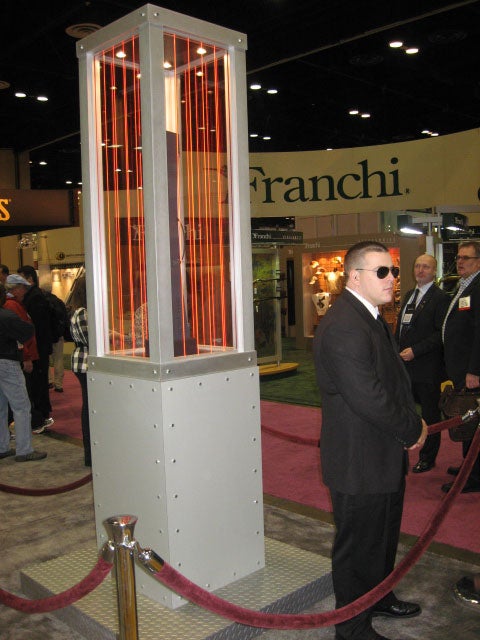 Evidently their new Vinci (as in Leonardo de) shotgun isn’t ready to introduce yet. So they are building buzz with a cute marketing campaign. That’s supposed to be the Vinci inside its futuristic case, protected by laser beams and a security guy with sunglasses and earpiece. I asked him if he would have to kill me if I took a picture, and he said no, so here it is.

The Vinci will be introduced on March 31, 2009. In the meantime, we’re free to speculate as to what it will be. Any guesses? Mine is, it will be light, futuristic looking and cost a lot.