The picture here sums up my first impression of the 2009 SHOT Show. “Tactical” is the word. That’s the Woolrich... 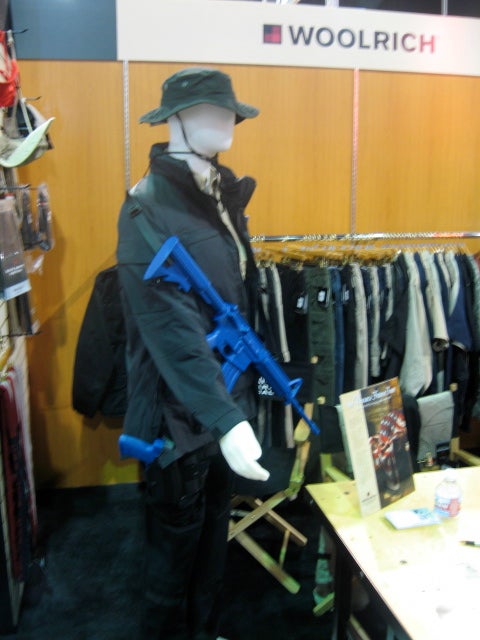 The picture here sums up my first impression of the 2009 SHOT Show. “Tactical” is the word. That’s the Woolrich tactical booth, which conjures up images of Elmer Fudd rapelling down the side of a building.

In fact, the Woolrich stuff is very good. A friend of mine wore it on a hunt in Africa and gave it good reviews. But, the fact remains that Woolrich, iconic maker of red plaid hunting wear, has gone tactical. Likewise, Briley, once known only for sub-gauge tube sets, choke tubes and fine gun repair, has added magazine extensions and breeching choke tubes to their line this year.

Some of this stuff goes to law enforcement, a lot is just bought by people who think tactical is cool, but as far as I can tell, this it what‚s selling this year.