Benelli’s new Vinci has been a closely-kept secret until now. Today the gun has been officially unveiled on the company’s... 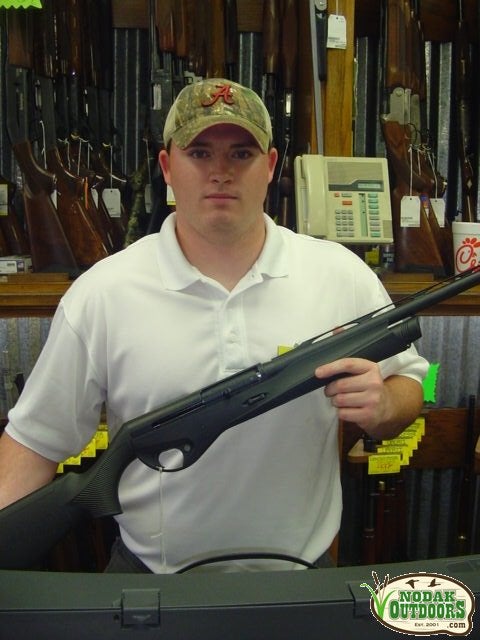 Benelli’s new Vinci has been a closely-kept secret until now. Today the gun has been officially unveiled on the company’s website. However, the marketing campaign has generated enough buzz that traffic is very high and you’ll grow old and gray waiting for the site to load today. For a peek at the new gun, look here:

From what you can see here, the Vinci is not going to win awards for good looks, but I’m guessing it has some innovative features.

While I have never seen a gun with a one-piece trigger group and forearm, I can’t yet figure out what the advantage is, although I bet the Vinci comes apart very quickly for cleaning, and perhaps to swap out parts for different purposes. It appears to have a safety at the front of trigger guard, which some will like and some will not. I’ve heard it will list for about $1500.

Clearly, it is ugly, but I’ll reserve any kind of judgement about it until I’ve had a chance to shoot a Vinci when we get one in for our annual Best of the Best awards. In the meantime, here it is, and your guesses about it are as good as mine. — P.B.