Bourjaily: Aiming for a Cure Journal

Participating in the Aiming for a Cure celebrity hunt as I did last weekend, is one of the highlights of... 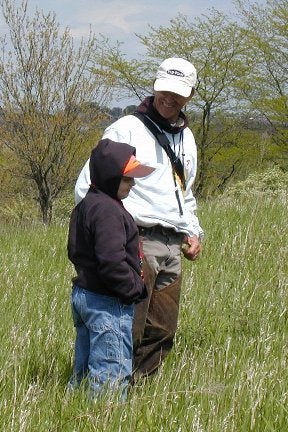 Participating in the Aiming for a Cure celebrity hunt as I did last weekend, is one of the highlights of my spring. Aiming for a Cure is the brainchild of Steve Ries, a German shorthair breeder and trainer. Ries started the hunt six years ago as a benefit for the Pediatric Oncology Department at the University of Iowa Hospital, where his young son Ben (pictured) was a cancer patient. Since Ben died in 2007, Aiming for a Cure has become his ongoing memorial, which is appropriate for a boy who loved training dogs with his father.

Paying foursomes are teamed with the likes of me (some get real celebrities), then we shoot birds and sporting clays for two days at a local preserve. Saturday night, there’s a Ducks Unlimited-style banquet that attracts hunters, doctors, patients and non-hunters from throughout the community. The hunt and the banquet sell out every year, and the event has raised around $700,000 since 2003 all the while making hunters out to be the good guys, which we are.

* * *
Some tough men donate their time as celebrities for Aiming for a Cure, among them current and former NFL players and 6′ 8″, 255 pound UFC fighter Tim Sylvia. This year the toughest – or at least the craziest – of the bunch wasn’t one of the celebrities, but Sean Pike, who came from Colorado for the hunt. Pike is a retired rodeo clown, only now they’re called “bullfighters” or “cowboy protection”. Those are better terms than “clown” because there’s nothing funny about the way they earn a living. When a bull starts jumping up and down on a rider, bullfighters are the ones that have to run in and pull the cowboy out from under the hooves.

Three years ago a bull put Pike in the hospital with broken ribs and a ruptured spleen. The doctor looked at his CAT scan and said “Uh, you know you’ve only got one kidney, right?” Up until that moment, Pike had no idea he had been born with one kidney. Sensibly, he retired from bullfighting immediately. Less sensibly, rather than taking up a low-impact hobby like gardening or needlepoint, he returned to his first love: dirt biking. Falling off a motorcycle doesn’t scare a bullfighter, missing kidney or no.

* * *
I heard this story from my Aiming for a Cure guide about the father of a man he once took hunting. It’s so perfect it smacks of urban legend, but the man swore it was true:

You can’t have a pigeon shoot without pigeons, and in the years before the controversial shoot in Hegins, Pennsylvania, was shut down, animal rights groups would come to town and outbid shoot organizers for pigeons, paying $5 apiece for birds when the going rate was $4. Then the animal rightists would release the birds to freedom. My guide’s client’s father, who lived nearby, stewed about this, then had a flash of inspiration.

He could sell his pigeons to the shoot protesters for $500 on Saturday morning, go home, collect his birds and sell them again in the afternoon. Some years, he was able to sell them on Sunday, too, increasing his take for the weekend to $1500.