Today’s post is not really a “Gun Nut” item so much as a a “Primitive Weapons Nut” item. This is... 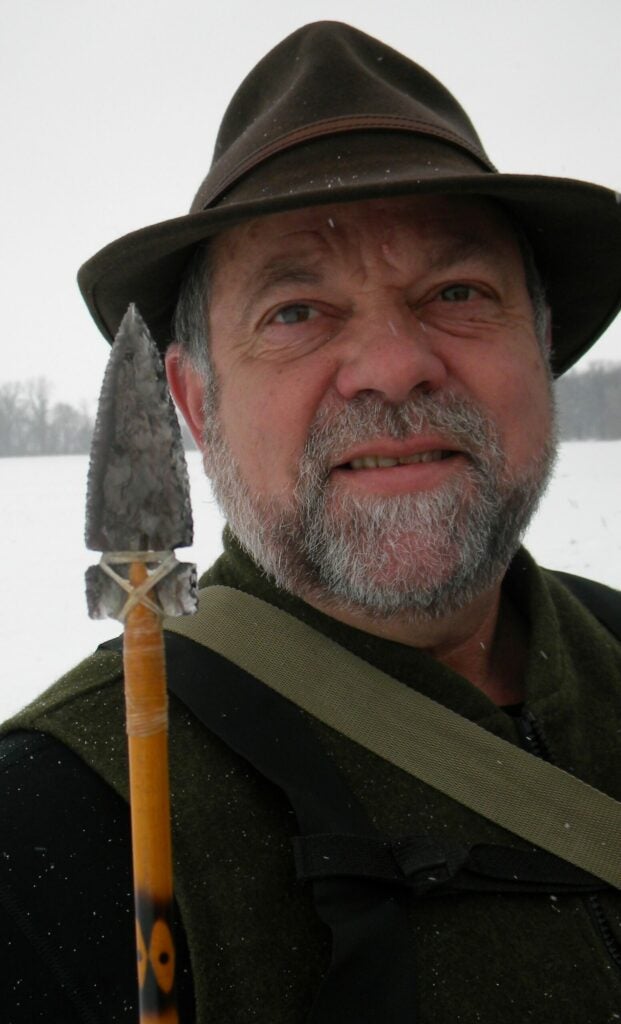 Today’s post is not really a “Gun Nut” item so much as a a “Primitive Weapons Nut” item.

This is my cousin Shaun, who used to be my bird hunting partner before he went over to the Dark Side of traditional archery. Shaun now makes his own bows and arrows. He got the point in the picture as a gift from flintknapper Woody Blackwell on a hunt in Texas. It’s made of obsidian, a volcanic glass rock that cuts so well it is preferred for some types of cardiac surgery. Obsidian was prized by paleo-indian hunters and it formed the cutting edge of the macuahuitl — a kind of club-sword — of the Aztecs. Blackwell is one of a few modern flintknappers who makes their points and hunts with them.

This point weighs about 200 grains. Blackwell killed a feral hog with one just like it on the hunt he and Shaun were on together. Shaun has attached the point to his homemade arrow with epoxy and dental floss, which I am pretty sure is what the Indians used. He says he is saving this point for a close shot at a big buck.This is one broadhead he doesn’t want to miss with.

Blackwell’s work is stunning. Even if you’re not a bowhunter, do yourself a favor and look at it on Woodyblackwell.com.