Bourjaily: Turkey Hunting in the Snow

With as much snow as we have on the ground throughout the country, it’s hard to believe that turkey season... 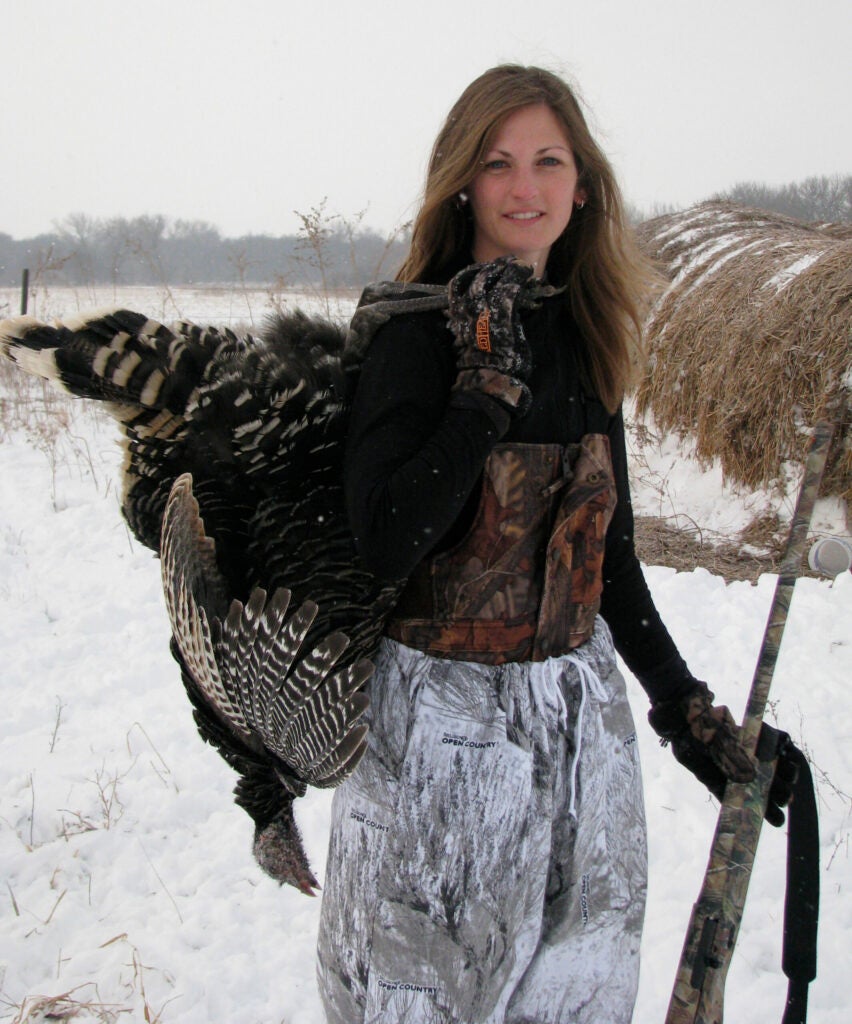 With as much snow as we have on the ground throughout the country, it’s hard to believe that turkey season – with its attendant wildflowers and warm days – will ever come.

Actually, sometimes turkey season comes before spring: several years ago we had an April blizzard that dropped 8-10″ snow the night before Opening Day here in Iowa. I should have killed a turkey that next morning, too. Rather than bore you with the embarrassing details of how I didn’t, and how I wound up hiding in a melting snowbank, I’m going to discuss the photo at left instead, which combines snow and a dead turkey.

Former Huntress blogger Kim Hiss sent me this shot of her December turkey hunt. Kim was determined to shoot her own holiday turkey this year. After an unsuccessful fall hunt in Ohio, she tagged her Christmas dinner near Kearney, Nebraska on a very cold morning.

Kim shot her bird at 30 yards with a Benelli Vinci. She wrote “I’m not sure if the recoil didn’t bother me because it was a good gun or because all the layers I was wearing absorbed the impact!” It was probably some of each, plus adrenaline, which is the greatest recoil reducer of all.

Anyway, congratulations, Kim. To the rest of you: take heart. Someday this snow will melt, spring will come, and we will hunt turkeys again. This year I can’t promise it will happen in exactly that order, though.