The Gun is the history of the automatic Kalashnikov, AK-47, and its descendants, the AKM, and AK-74, plus a great... 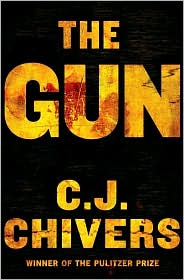 The Gun is the history of the automatic Kalashnikov, AK-47, and its descendants, the AKM, and AK-74, plus a great deal else. But before we talk about the book, let’s establish the credentials of its author. C. J. Chivers is a senior writer for The New York Times and its former Moscow bureau chief. From 1988 to 1994 he was an infantry officer in the U.S. Marine Corps. He is a veteran of the Gulf War and has spent years in Afghanistan as a reporter. He is the winner of a Pulitzer Prize and a National Magazine Award. Above all, he knows incoming from outgoing.

Chivers’ approach is unique. His book is not only the history of the AK, but of automatic fire and its impact on how wars are fought. He begins with the Civil War and the Gatling gun, progresses through World War I and the industrial slaughter caused by the first true machine gun, the Maxim, through World War II and the Sturmgewehr, and finally to Senior Sergeant Mikhail Timofeyovich Kalashnikov and his history-changing invention. Along the way we are given the full history of how the AK’s rival, the M-16, was developed, procured, and introduced, one of the major disgraces in the history of American military small arms.