I’ve recently had the pleasure of trying out a Jarrett Signature rifle in .300 Win Mag. It was a true...

I’ve recently had the pleasure of trying out a Jarrett Signature rifle in .300 Win Mag. It was a true revelation, but before we get to the gun itself, let’s get to what’s foremost in your minds. First, it costs $7,640. This is medium priced as custom big-game rifles go. You can pay about half that for a very good rifle, or twice as much. Second, they did not give it to me despite the fact that I asked to keep it. So, without further folderol, let us proceed.

Kenny Jarrett, in case you’re new to all this, is one of the two or three most influential rifle designers of the late 20th century. He established a new standard of accuracy for everything that came out of his shop, from .22 centerfire to .50 BMG. His rifles were built mainly from McMillan stocks, Schneider barrels, and Remington actions. But that has changed.

Jarrett now makes his own Kevlar-graphite stocks, his own button-rifled, hand-lapped barrels, and his own bolt action, which he calls the Tri-Lock, because it has three locking lugs. Introduced in 2000, the Tri-Lock utilizes a unique bolt bushing that seals the locking lugs at the moment of firing and acts as a bolt guide. It’s made right- and left-handed in nearly all sizes. 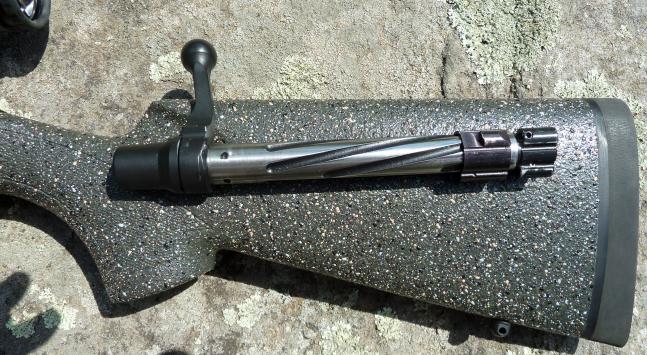 He uses Jewell triggers, because there’s no sense trying to top them, and Remington 700 bottom metal. (What, you ask, is an aluminum footplate/trigger guard doing on a rifle that costs $7,000 plus? Because it saves about half a pound; if you want steel you can have steel–and carry it, too.)

Jarrett Rifles’ operation is much closer to aerospace than it is to traditional gunmaking. All the machinery is CNC and EDM; I think the only real hand labor goes into lapping the barrel. To be done properly that takes a degree of “feel” that can’t be imparted to a machine. Kenny claims he gets his uncanny accuracy from nearly perfect alignment of barrel and receiver, complete lack of stress in the receiver and bedding, and a top-quality barrel. Plus some voodoo that he won’t talk about. 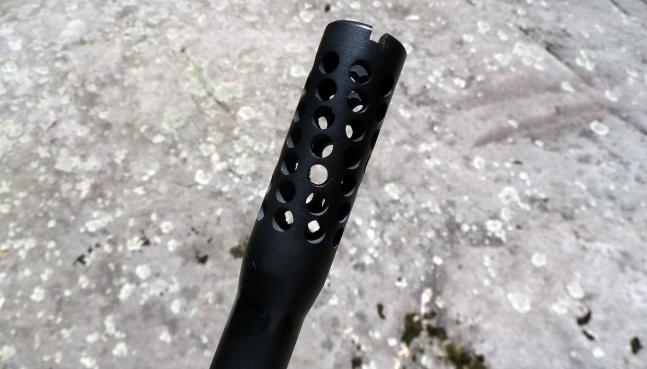 The weight of my rifle with scope is 8 ½ pounds; trigger pull 1 pound 8 ounces, barrel 25 inches with a muzzle brake of Kenny’s own design. The fit and finish are flawless and, as John Blauvelt put it when he handled the Signature, “This is a gun that was built by a man who uses rifles, not by a corporate entity.”