Let’s start with some basic facts: 1. No two rifles shoot alike. Consecutive-serial-numbered rifles from the same manufacturer do not... 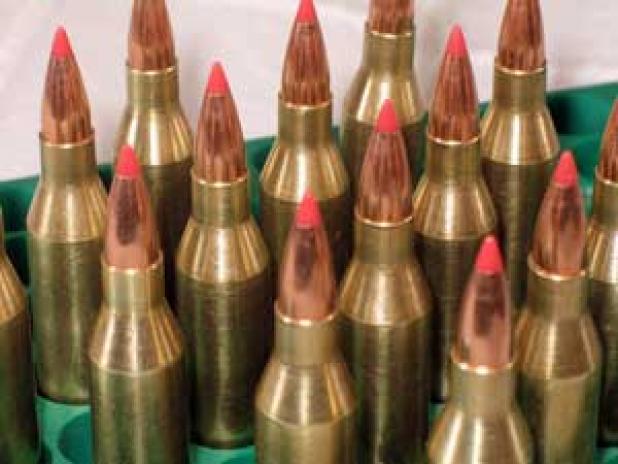 Let’s start with some basic facts:
1. No two rifles shoot alike. Consecutive-serial-numbered rifles from the same manufacturer do not shoot the same, either in degree of accuracy or in what ammunition they prefer.

So. Ammo that shoots well in a given rifle versus ammo that doesn’t is comparable to a suit that really fits versus a suit that doesn’t fit. Ammunition manufacturers turn out loads that will work acceptably in most rifles of that caliber. Suit makers glue (Mostly, they don’t sew them. Gluing is cheaper and faster.) suits that sort of fit men in any given size. They can’t afford to make them fit a particular physique.

However, if you go to a true custom tailor (a “bespoke” tailor, as the British say) he will take something like 20 measurements of your body parts and sew your suit to fit. It will not fit anyone else, but it will, by God, drape on you to perfection.

Back to rifles. Unlike the user of factory ammo, the handloader is able to tailor his ammo to fit his rifle. If you handload any given cartridge, you can choose from half a dozen powders, dozens of different bullets and powder charges (the latter measured in half-grain increments, which the factories can’t do), and three or four different primers.

Out of all the possible combinations, you’re going to find something that fits your rifle as precisely as a bespoke suit. And then it will really start to shoot. In the past couple of weeks, I’ve tested two rifles which shot no better than fair with all sorts of factory ammunition. However, with handloads, they averaged well under a inch, and very often, under half an inch.