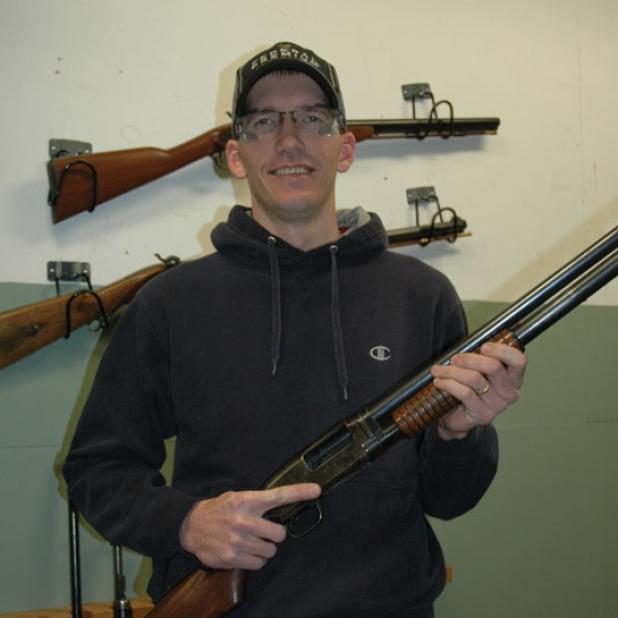 This is Federal Cartridge Company’s first test gun, a Model 12 Winchester purchased on Aug. 28, 1937. It’s in the hands of Randy Forstie, who works in the Federal gun room. This gun had been in use for 76 years until Forstie looked it up in the company records a few months ago and realized it was the historic first gun. He pulled it out of circulation and Federal may put it on display in the future.

The gun room was one of the highlights of my recent visit to the Federal plant in Anoka, Minn. The Winchester Super X1 I’m holding was in a cabinet packed so full you couldn’t fit another gun in there. The room (actually several rooms) contains about 3,700 rifles, handguns and shotguns of every kind that Federal uses when they test ammunition. The gunroom also contains a full gunsmith shop and drawer upon drawer of spare parts for every gun in the inventory.

These guns get used hard. They are mostly fired in heavy mechanical rests. And because they can’t move, they break parts that most guns never break. Their stocks are chewed up by the clamps in the rests, too, and keeping these guns running is a never-ending job.

“The only original part on a lot of these guns is the number painted on the stock,” said Ed Morton, one of the longtime employees in the gunroom.