Turkey Hunting: How Close is Too Close?

Our youth turkey season opened a few weeks ago, and I heard three reports from friends who had taken kids... 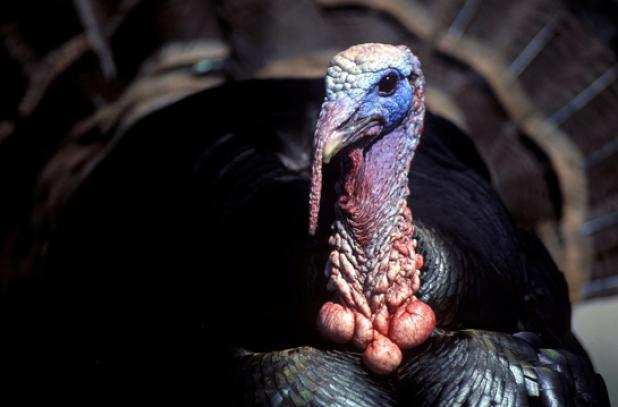 Our youth turkey season opened a few weeks ago, and I heard three reports from friends who had taken kids into the field. Three kids had shots at birds. One missed, one killed, and one decapitated his bird. The shots were taken at 10, 12 and 7 yards respectively. That brings up the question: how close is too close?

The closest shot I ever took at a turkey was five yards. I missed. After I missed the bird up close I found a piece of cardboard in my car and shot a pattern with it at five steps. It made a hole under two inches in diameter which, I can attest, is easy to miss with when a turkey is almost close enough to touch and your heart is hammering.

The closest bird I ever shot was at 12 yards. The head didn’t come off, but there was a hole in the neck you could fit a golfball through. I have never taken a turkey’s head off and I never want to. One of the many things to love about turkey hunting is having a bird in hand and marveling over the iridescent feathers, the saurian feet and the sheer size of the bird. If the turkey’s neck ends in a bloody stump it kind of tarnishes the moment. It is true that both the 5- and 12-yard turkeys I shot at didn’t present me a shot until they were that close. Perhaps the answer is an O/U or double with two triggers and IC and Turkey-Full tubes.

Really, with the chokes and ammunition we have today, the optimum turkey shooting distance is 20 to 30 yards. At 20 yards a turkey choke throws a pattern about the size of a volleyball. Much closer than that is overkill or a miss waiting to happen. The guns and ammo now will kill cleanly to 50, but to be sure I put my pattern on target, I try not to shoot until my birds come inside 30 yards. I get excited, so my range estimation can get shaky as my hands when a bird is coming. My “30 yards” often turns out to be more like 35.*

The ideal distance to shoot birds with a youth 20 gauge is 20-25 yards. Since all the young hunters I mentioned earlier were hunting with adults from blinds over decoys, I would advise adults to set the decoys a little farther away and call the shot when the bird is at 20. You’ll have fewer misses and better pictures after the hunt, too.

*I am not alone in this. I hunted with a Very Famous Turkey Hunter a couple of years ago. There is no telling how many birds he has shot and called in over the years, but he still gets wound up when a turkey is near. The minute the bird I ended up killing stepped inside 50 yards the VFTH started urging “Shoot him! Shoot him! Shoot him now!” I held out until the bird stepped inside of 30 before I pulled the trigger.