Care to Bet Your Life on a Smart Pistol?

In the past few weeks there has been a great hoo-hah about so-called “smart” pistols, handguns that cannot be fired... 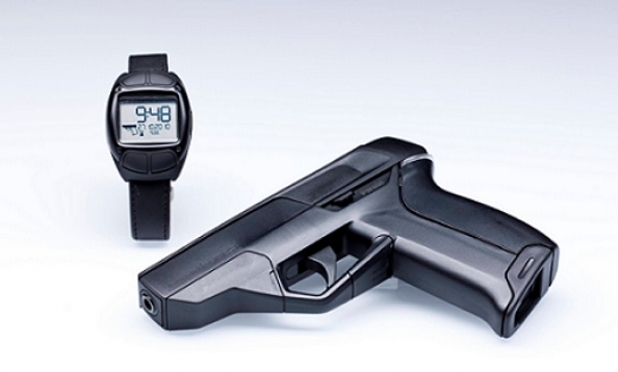 In the past few weeks there has been a great hoo-hah about so-called “smart” pistols, handguns that cannot be fired unless they receive a signal from a magic ring, or watchband, or pendant, or subcutaneous implant. The purpose of these firearms, their proponents claim, is to prevent their being operated by anyone but the owner, thereby preventing all manner of mayhem. Gun-rights advocates have objected vehemently to this technology, claiming that it will be used as a tool to limit firearms ownership; i.e., after a certain date, if your gun ain’t smart, you have to turn it in.

I have a different problem with “smart” guns. They depend on microprocessors and electronic power sources, and a great deal of the time electronic devices don’t work. All of us, with very little effort, can come up with examples of how we encounter this.
In my own case, one of our cars persists in flashing a low-tire warning despite the fact that none of the tires are soft.

Every few days my e-mail informs me that it can’t send, and then, after a few hours it can.

The remotes that Time Warner Cable issues us drop dead after a few days, or a few weeks, or a few months. When this happens you go to the Time Warner office and stand in line with all the other people whose remotes have dropped dead.

I frequently can’t post comments on this blog, and when I can I have to log in twice, despite repeated assurances that people who know how to administer it are working on the problem.

My FAX can’t get through to a particular number, so I’m obliged to use the mail instead.

More than once I’ve ridden with someone whose GPS got them hopelessly lost.

And, if you’d like to pursue this on a grand scale, consider that Malaysia Airlines flight 370, a Boeing 777, and one of the most modern planes in the sky, with triple redundancy in just about everything, vanished without a trace. Everything failed, including the black box.

Let’s look at another aspect of this. Any weapons-training course worthy of the name devotes considerable time to malfunction drills–how do you get back in the fight when your handgun quits? But what’s the malfunction drill for a “smart” pistol?

I’ve seen no mention of this anywhere. Are we supposed to assume that the things are infallible? Or what happens in the middle of the night when you reach for your “smart” pistol and, because you are still half asleep and scared pissless to boot, you forget to put on your magic decoder watch? Do you call a time out?

Progress is great when it works. But a lot of the time it doesn’t.