Mil Dots for Sure Shots?

The question arose about the difference between a mil and minute of angle, so I’ll try and define both without... 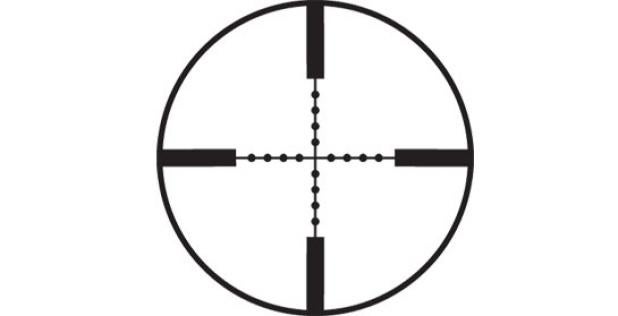 Minute of angle is mostly used by American shooters, because in the U.S.A. we are non-metric. Mils are used in Europe, and more importantly, because NATO and the U.S. military are metric, the majority of tactical scopes have range-compensating reticles that are calibrated in mils.

Some scopes have range-compensating reticles that are designed for a particular cartridge; for example, the 7.62 NATO or 5.56 NATO, or a range of bullet velocities, say 2,700 fps to 3,100 fps.

Neither the mil dot nor MOA reticle is superior. It depends on what you’re used to. I’ve been thinking in terms of 1 inch for half a century and can’t persuade my brain to think in terms of 3 inches, so I stick with the MOA system.

Range-compensating reticles are based on the sound theory that holding off is a good way to waste ammunition, and that in order to hit something you need to put the reticle on it rather than aiming into space and hoping.

Mil-dot and MOA reticles are fast, but they’re not as precise as putting on clicks of windage and elevation. If you have to get on target in a hurry, use the reticle. If you want to get in the X-ring, start twirling those dials.

This assumes, of course, that your scope has precise windage and elevation adjustments, which is not a safe assumption as a great many of them don’t.

All told, it’s easier to keep your shots at 300 yards or less.