Recently, Dave Hurteau and a number of other Field & Stream editors got together for a rifle-testing project so bold... 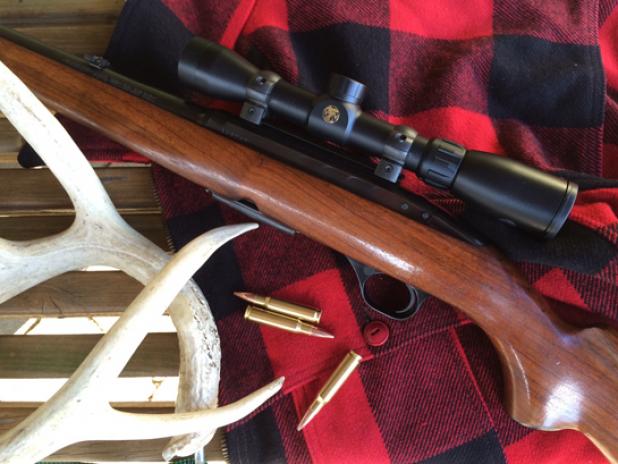 Recently, Dave Hurteau and a number of other Field & Stream editors got together for a rifle-testing project so bold in its conception and so startling in its conclusions that the world of the spiral tube will never be the same.

In the course of this event, Hurteau showed up with a Winchester Model 100 carbine, a true inanimate hideosity that was not part of the test, but which Hurteau had just purchased and wanted to try out.

The Model 100 is easily the best-looking semi-auto sporter ever made but, from my recollection, one of the most inaccurate. This stems from its detestable trigger, and from the fact that so much wood is hogged out of the stock that it’s impossible to get any kind of satisfactory bedding arrangement. The rifle was produced from 1961 when Winchester was going into the sh***er to 1973 when Winchester was well and truly in the sh***er. Roughly a quarter-million were made, and there were problems. Some 100s jammed. A lot. Some were OK. The stock was finished in what appears to be lacquer, which flaked over time. Some 100s would fire with the bolt not fully closed, and in 1990 Winchester issued a recall, which was nice of them. The standard rifle had a 22-inch barrel and the carbine had a 19-incher, clamped to the fore-end with a barrel band, which made it even more inaccurate.

“Oh ho ho,” I said, “you’d be lucky to hit Dutchess County, New York, with that gun if you were standing in the middle of Dutchess County.” So Hurteau shot the awful thing and produced a couple of groups that measured probably an inch and an inch and a quarter–fine, attractive groups that would do credit to a modern bolt-action. How come? Probably the ammunition. This is not the first time I’ve seen a supposedly inaccurate 20th century rifle turn in very good groups when fed modern ammo. Charlie Yellott, a hugely talented gunsmith and a lover of hunting rifles from the early part of the last century, has shot amazing groups using handloads with modern bullets. For those of you who are damp behind the ears, it’s hard to appreciate just how far bullets, and factory ammo, have come in the past 40 years or so. It’s roughly the equivalent of how far scopes have progressed. Take a look through a scope from the 1970s and then look through one that was made this year and you’ll see.

Or it may turn out that those two groups were a fluke. That 100 may never shoot a good group again. Back in the 1960s, I had a Savage 110 .243 that put three bullets into a 3/8-inch group, which was unheard of then. I sent the target to Savage and they used it in an ad. After that, the rifle never grouped under 2 inches.