The Best Type of Hearing Protection for Shooting?

Thanks again for answering the call for shotgun questions for The Gun Nuts. We filmed four of them last week,... 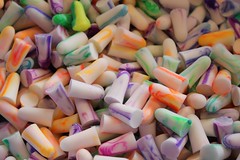 Thanks again for answering the call for shotgun questions for The Gun Nuts. We filmed four of them last week, and I have put the rest in a stack I call “Shotgun Questions That Were Really Good Questions But Would Make For Boring Video” and I will answer them in this space from time to time in text.

Here’s one from PbHead: “What is the best type of hearing protection for target shooting? How does this differ from what can/should be used for hunting?”

The short answer is you should always protect your hearing in the field, whether hunting or target shooting.

Many years ago I went on my first dove hunt and ran through at least five boxes of shells out of an old Auto 5 with a vented polychoke on the barrel (those were LOUD). My ears rang for three days, and when I had my hearing tested, the audiologist showed me the dip in my chart where certain high frequencies were lost to me forever. He told me that was the direct result of that one dove hunt. Since then, I have been religious about protecting my hearing. While it hasn’t gotten any better (conversations in crowded rooms are hard to follow, and I can’t hear turkeys spit and drum unless they are at arm’s length), I notice that people my age, even non-shooters like my wife, are catching up to me in hearing loss. I must be doing something right.

I wear disposable foam earplugs at the range and cover them up with a pair of ear muffs. If I forget one or the other, I can definitely hear the difference. I have had custom molded plugs and EAR electronic ear plugs made in the past* but I prefer the cheap and simple foam plugs which protect your hearing quite well if you put them into your ears tightly. If you lose those, or if the dog eats them as mine does, you’re only out a dollar. I do like the electronic muffs that allow you to hear normally and shut down when a gun goes off. Those, over earplugs, provide maximum protection and I can still hear people heckle my shooting. Sometimes when the heckling gets intense it’s nice to have the option of shutting the power off.

You should always wear ear plugs for dove hunting because you will shoot a lot. Ear plugs are very important for waterfowling, too, because when someone touches off a shotgun next to your ear in a duck blind it can cause permanent hearing loss unless you are wearing plugs. That has happened to me many times in the blind and a couple of times in the uplands, too.

A lot of people don’t wear ear plugs in the uplands, claiming that they have to hear the birds flush. I always wear the old North Sonic II ear valves when I hunt, and I’ve worn foam plugs, too. Although the North Sonic IIs don’t work as well as earplugs, they work well enough. I have been wearing them bird hunting for 30 years now, and I have never had a problem hearing wingbeats when a bird flushed. I still don’t, because I have taken care of my ears. You should, too.

*Once when I went to have a set of custom earplugs made, the audiologist’s assistant looked in my ear and actually gasped. She said: “You could be an ear model! I’ve never seen such perfect, straight ear canals.” Who knew? So at least I have that to fall back on if the writing thing doesn’t work out.