How Dangerous is the Life of a PH?

This came up, I think, out of a discussion of Peter Capstick’s books. One of the constants in everything Peter... 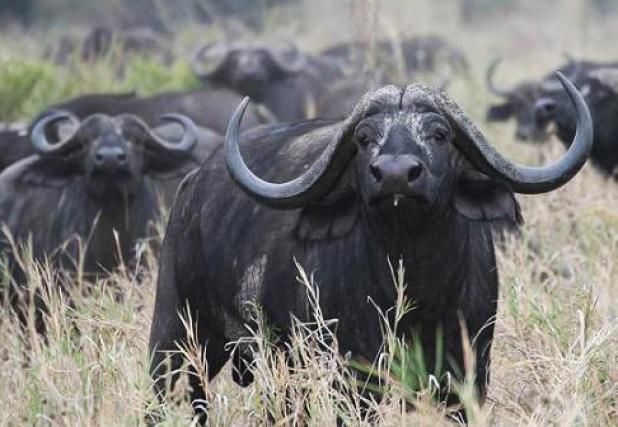 This came up, I think, out of a discussion of Peter Capstick’s books. One of the constants in everything Peter wrote was the mortal danger every professional hunter found himself in every minute of every working day. This makes for good reading, but is mostly a bunch of crap. There are PHs who are killed only a few years into their careers, and others who do it for half a century and have nothing more to show than lots of tsetse-fly scars.

Most of the PHs with whom I’ve hunted have been in their 20s and 30s; the oldest were in their 40s. That’s because it’s a very tough way to make a living and essentially a young man’s profession, sort of like being a SEAL. By the time you’ve been a PH for 20 years or so, you’re so beaten up, worn down, out of patience, and tired of killing that you hang it up and do something else.

One of the chief extenders of a PHs lifetime is antibiotics, and the reason for this is leopards. I know, I think, six PHs who have been grabbed by leopards, which is so far ahead of everything else in PH grabbing that there isn’t even a close second.

Leopards don’t usually kill humans with their teeth and claws; they kill with the infection carried by the teeth and claws, and one of these toxic attacks used to be a death sentence or damned close to it. Now, however, you take your leopard bites to the clinic, get your shots, get sewn up, and go out again to hunt more leopards.

Among the PHs with whom I’ve discussed the subject, the deadliest animals are hippos (who attack canoes and small boats, mistaking them for crocs, and killing everyone in them), elephants, Cape buffalo, and clients. Elephants because of their size, intelligence, and tendency to leave nothing left if they get hold of you; buffalo because of their quickness, resistance to gunfire, and thoroughness as in the case of the elephant. Clients are terrifically dangerous because many of them shoot poorly, many refuse to do what they’re told, and some are arrant cowards. This is a very bad mix around dangerous game.

The PH, heaven help him, must not only protect these wretches but preserve their egos as well. A PH named Abie du Plooy told me of a French nobleman, a man of great wealth, whom he had as a client and who would not listen, and one day Abie read him the Rocks and Shoals. Do what you’re told, said Abie, or I radio for the plane and drive you to the airstrip and your safari is over, forthwith. The Frenchman was not only a model client thereafter, but idolized Abie. No one had ever, in his entire life, told him that he could not do something.

Luck plays a major factor, or the desire to push same. More than one PH has died because they contracted blackwater fever, decided to take out one more safari before getting it treated, and perished because by the time they got to the hospital it was now too late. And then there was the young PH who was driving his Land Rover o’er miambo and dambo when a piece of mopane wood, which is hard as iron, punched through the aluminum floor of the Land Rover and speared him in the femoral artery. Unable to move, he bled to death in his vehicle.

All things considered, being a PH is probably not nearly so dangerous as being a SEAL, but it ain’t all that safe, either. If you’re competent and careful and lucky, that will take you most of the way to a long lifetime. The trick is recognizing when you’re living on borrowed luck and deciding to do pack up your rifles and do something else while you’re still on this side of the grass.